The Exciting Field of EduTech: Rife With Innovation

For years, I have patiently waited for innovation in educational technologies, otherwise known as edu tech. For a variety of reasons, the field simply didn’t take off in the last two decades.

But this decade, I think, it is showing signs of a real, exciting, renaissance. Whether it is in the massively open online courses like Khan Academy and MIT’s OCW or edX, or various tablet and smartphone applications that are enriching the field, we’re seeing serious, high velocity action.

Today I would like to introduce you to three startups that have started showing good traction. 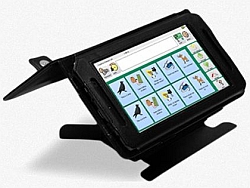 In 2008, Ajit Narayanan, based in Chennai, India, was approached by Vidya Sagar, an Indian NGO focusing on children with special needs, and asked to design an assistive technology device that would address the marked absence of tools for children with the inability to speak (non-verbal children). In 2009, the Avaz tablet was born.

Riding the wave of more successful tablet releases, Ajit transitioned Avaz to the mobile app format, releasing an Android-compatible version in 2010 and an iPad app in 2012. The app helps non-verbal children – in particular those with autism – to communicate by reworking information and language into easier-to-understand pictures. Following the child’s evaluation with a therapist, Avaz is recommended for purchase and introduced through therapy sessions until it is fully integrated into the child’s life.

While several apps on the market target communication development, Avaz is unique in its focus on autism. Avaz takes a holistic view of language and is easy to customize, making it extremely effective in combination with existing therapies.

In addition to his keen foresight that tablets themselves would become an integral part of life, Ajit sought to improve previous iterations of assistive technology apps by focusing on aesthetics, and not just on features. It paid off, earning Avaz the rank of #1 speech assistive device/app in India, and it is quickly becoming a favorite of speech therapists in the U.S., Australia and Europe. Avaz received the National Award for Empowerment of People with Disabilities from the President of India in 2010, and also placed Ajit on MIT’s TR35 list of transformative young inventors. 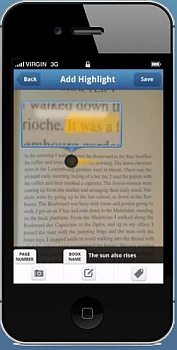 No stranger to entrepreneurship, Parker Holcomb numbers Research Habits Digital, a startup focusing on optimizing the discovery, research and collaboration process in academia through mobile app creation, as his third venture to date. Its flagship product, eHighlighter, launched August of this year, and brings the searchable and annotative benefits of ebooks to hard copy notes.

Parker’s first company, All College Storage, began in 2007 during his freshman year at Amherst College. Providing summer storage and shipping, business has now expanded to include 14 colleges and boarding schools spanning the East Coast of the U.S. Parker has since opened an extension branch operating under similar principles, All College Laundry, and operates both under the parent company All College, Inc.

It was a lifelong passion for technology, and a belief in the ubiquitous application of mobile technology in the classroom, that inspired Research Habits Digital and eHighlighter. After surveying his fellow students to discover an overwhelming majority of them still preferred studying from paper – it was less distracting, easier to read and highlight – and in fact only derived benefit from the ability to search and annotate on computers, Parker decided to combine the two. With the motto “eBooks benefits. Paper sources,” eHighlighter uses iPhone cameras to manage citations, create searchable annotations, and transcribes highlights.

Research Habits Digital is currently a bootstrapped company with a single developer. eHighlighter is now in what Parker refers to as “Public Beta,” with 10,000 users and a free download with unlimited use available on the iTunes App Store. A future release will include crowdsourced popular features and some UI refinements. An Android version of the product is in the works as well. 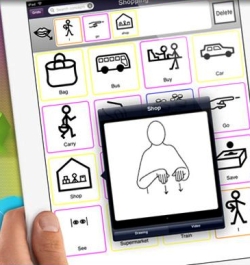 Zoe Peden launched MyChoicePad in 2009 as an iPad app that assists adults and children with learning or communicative disabilities in language development and communication skills.

As Senior Manager at The Makaton Charity, a leading UK learning and communication disability charity organization, Zoe had the resources at her disposal to assist in development of a language program that combines symbols and sign language to build communication skills. With permission from Makaton, Zoe worked independently with speech and language therapists and teachers to further develop the app and run trials for 12 months prior to its release.

In addition to providing affordable access to communication assistance, MyChoicePad has built a training franchise around the UK allowing access to the educational system at both a local and national level.

At the time of market entry, MyChoicePad was faced with only one competitive app, Proloquo2Go, in the field, and even this was targeted at a higher language ability level. Eschewing other competition in the form of expensive medical devices, Zoe has the enterprise bootstrapped until July of 2013; and with 1600 paying downloads MyChoicePad is currently post revenue and is breaking even. The app is consistently among the Top 10 grossing in the educational category within the UK.

Zoe hopes to raise a seed funding round in January of this coming year, and says that she is building out her sales and marketing team in the coming months as they move further into B2B solutions for the learning disability, assisted living and early learning markets.

Clearly, these are examples of serious products addressing serious problems, and both Avaz ($99) and MyChoicePad (£74.99) are relatively expensive products, especially relative to the 99 cents games that proliferate the app stores.

I hope, they get adequately rewarded for it.

Sramana Mitra is the founder of One Million by One Million (1M/1M) initiative, a virtual incubator that aims to help one million entrepreneurs globally to reach $1 million in revenue and beyond. She is a Silicon Valley entrepreneur and strategist who writes the blog Sramana Mitra On Strategy.
8 Reactions
Subscribe
Follow @smallbiztrends
RSS LinkedIn Pinterest iTunes