The One Hit Wonder Approach Is Bad For Business 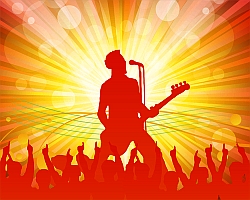 We all have our favorite songs. Some of them are by artists that had long and inspiring careers.

As we enjoyed song after song, album after album, a relationship formed. We began to understand what to expect from that artist. And that awareness creates a fan who organically checks out every new album and live event in their area — with a nudge, of course.

There is something to be said for repeat impressions. Twelve songs in, I know what to expect from Anita Baker, the mellow side of Coltrane, and Sade.

But what about the one hit wonder?

When it comes to marketing your goal is to create the best moment you can as often as possible. You want to be seen, heard and remembered. In a world where money grows on trees, then you can buy the biggest ad they make, the most airtime they have, a spot on the front page of all your favorite websites and run it forever.

But on the other side of never-never land there’s a budget.

You are a small and wise business with a marketing budget that has limits, and you don’t need the biggest ad to get the best impact. Think about it, when you encounter something new — a new piece of software, a new grocery store in your city, a new law firm or simply a new way of doing something — it takes a minute for it to stick.

You have to be exposed to it several times before you begin to remember on your own.

In other words, avoid the one big ad — the one hit wonder. And purchase smaller, targeted but repeat ads instead.

A large impression once a year is nothing more than a tease. Smaller, consistent impressions is the making of a relationship. Get in front of your target audience and get in front of them often.

One Hit Wonder Photo via Shutterstock

Jamillah Warner (Ms.J), a poet with a passion for business, is a Georgia-based writer and speaker and the Marketing Coordinator at Nobuko Solutions. She also provides marketing and communication quick tips in her getCLEAR! MicroNewsletter.
2 Reactions
Subscribe
Follow @smallbiztrends
RSS LinkedIn Pinterest iTunes