Inject Images and Social Integration Into Your Press Releases With PitchEngine

Spreading the word about your company through press releases, while valuable, can be a lackluster experience. Though the sole purpose press release distribution sites is normally to relay information quickly and simply so that it can reach the right people, the content discovery process has changed.

So shouldn’t the content creation process change along with it? 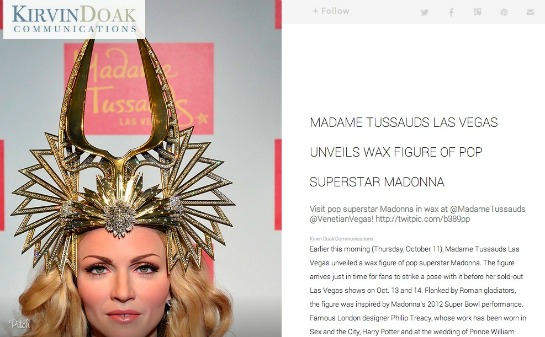 Social marketing platform PitchEngine recently went through a site redesign, making both its home page and the pages for company pitches more focused on visuals, other types of media, and social interactions instead of just plain text information.

PitchEngine already placed a lot of emphasis on visuals and media, along with social integrations, but the new redesign brings those aspects to the forefront for businesses looking to extend their reach.

Specifically, PitchEngine has added a redesigned homepage and pitch pages, social reporting, a simplified content editor, and mobile apps for Android and iOS.

The photo shows the new layout of a company’s pitch. On the left, you can see a large photo to accompany the story, along with a smaller logo at the top. On the top right, there are social buttons that allow users to find and share the content on sites like Facebook, Twitter, Google+ and Pinterest. And below that, you’ll find a headline, sample tweet, and the news story itself.

To use the service, businesses can sign up for one of three plans. The basic plan is available for free and includes unlimited pitches. More in-depth plans range from $39 per month to $99 per month and include features like search optimization, analytics, and a hosted newsroom.

Once you’ve signed up, PitchEngine offers a simple template to create a pitch, including photos and other media.

This focus on media is very much in line with the way people’s habits are changing when it comes to discovering new content online. Many look for interesting visuals and similar media to capture their interest rather than reading through a whole story or news release.

In addition, the social integrations are pretty vital to getting your message not only seen but also shared.

PitchEngine was founded in 2009 as an alternative to the traditional press release distribution site. It now serves more than 45,000 throughout the world.