2013 could turn out to be a terrific year to enter the world of franchise business ownership.  If you’re thinking about exploring the idea of being your own boss, three things are in your favor if you decide to move forward.

A lot of businesses have had to close their doors during the last couple of years, so there’s an abundance of decent space available in most areas of the country. With a franchisors help, you should be able to find a great location to set up shop.

Franchise company executives have had to get rather creative to entice would-be franchise owners to sign on as franchisees. Most of the time, this “creativity” comes in the form of a franchise fee discount.

But, here’s the thing: a discounted franchisee fee should by no means be the reason for buying a particular franchise. But, if you’re seriously interested in a particular franchise and it just so happens to be one that’s offering a “deal,” you could come out a winner. Just make sure that you’ve done great research.

Small business loan rates (as of this writing) are generally in the 3-5% range. The caveat: with approved credit. That means that you have to qualify, which may not be so easy. (See below) But, if you do qualify, that’s really cheap money for a franchise business startup, and interest rates will eventually go back up.  Check out SBA.gov for up to date small business loan information. 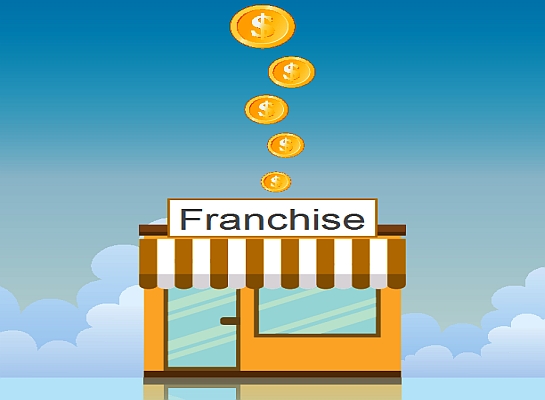 With those three things in mind, let’s take a look at the top franchise trends for 2013:

I was really hoping that things would be better by now for would-be franchise business owners. And, as much as I hate repeating the same things over and over again, when it comes to the state of small business start-up lending, this is one drum that I must continue beating.  Now, one would think that with small business loans backed by the Small Business Administration reaching record levels ($30.5 billion – 61,689) it would be easier for potential franchise owners to borrow money.

To combat the continued lack of significant lending to franchises, a few franchisors have decided to take matters in their own hands. It sure beats waiting for the major banks to loosen their underwriting requirements up. Forbes.com offers some great examples of franchisors getting into the finance game.

For 2013, look for more franchisors to start aggressively looking outside of the more traditional lending sources for small business loan capital.

We love our ice cream. And unless you’ve been avoiding retail plazas for the past couple of years, we obviously like our frozen yogurt, too. But why?

For one, yogurt is considered to be a healthy dessert. Well, kind of. Read what The Food Network thinks.  Secondly, there are around 25 different franchisors currently offering frozen yogurt franchises. That fact alone has made some of us in the franchise industry wonder how long the frozen yogurt craze is going to last.  Restaurant industry analysts are wondering the same thing.

On the other hand, I’d be willing to wager that the franchise development teams at Menchie’s, Red Mango, Yogurtini, and Yogen Fruz aren’t thinking about a slowdown in frozen yogurt franchising at all. As a matter of fact, they’re probably working extra hours just to keep up with all the inquiries they’ve been getting from prospective franchise owners.

One of the biggest news events in 2012 was Superstorm Sandy, and the historic impact it had on cities and towns in the Northeast.  Cleanup efforts will go on for months in areas hit hardest by this huge storm.  And, some scientists are predicting that powerful storms like Sandy will become more commonplace in the months and years to come.

This could be a great time to get into the disaster cleanup and restoration business.

And, please don’t suggest that I’m encouraging you to go into business to take advantage of the pain and misery that’s experienced by others when large-scale disasters happen.  Here’s an old sales axiom that may help you understand where I’m coming from:

“Fish where the fish are.”

In other words, if you’re going to invest your hard-earned money in a franchise business, any type of business for that matter, look to the ones that provide products and services that are actually needed.  Here’s a partial list of franchises that focus on cleanup and restoration:

Franchises in this segment are starting to get noticed more, and if we continue to get episodes of extreme weather in the next year, they’ll really be on the radar screens of franchise buyers.

When the No Child Left Behind (NCLB) act was signed into law in 2001, tutoring franchise operators quickly filled out the necessary state paperwork required to be approved as vendors.  That’s because part of the NCLB act included government funds for after school tutoring from approved vendors.  And having money coming in from the government was a pretty nice alternative to the original tutoring model which required, (and still does) payment from parents for the services.

Currently, though, there’s an ongoing debate about NCLB, and the funding that it receives. It could end up that funding for after-school tutoring programs will decrease. If that happens, the tutoring industry could take a pretty big hit.

Except that I actually don’t think that the tutoring industry, especially the franchise segment of tutoring, will be impacted all that much if a lot of the government funding disappears.

Here’s why:  A lot of kids struggle with the science and math of today. Whether or not government funding is available doesn’t change the absolute need for tutoring services to exist. One has nothing to do with the other. That’s why tutoring franchises like Tutor Doctor continue to grow rapidly.  Some of the other tutoring franchises include:

For 2013, more tutoring franchises will start taking advantage of readily available online learning technology. Franchisees will start offering their customers online tutoring as an option, and at a lower price point than traditional face-to-face tutoring.

Today’s small business owners are embracing technology-and its power, like never before. They know that it’s almost impossible to remain competitive these days without it.  But, busy business owners don’t always know what the best tools are for their individual needs. And, they can’t keep up with every new and improved technology that comes down the pike.

That’s where franchise businesses like Teamlogic IT and CMIT Solutions come into play. Franchisees have the opportunity to offer some of the latest products and services that are designed to help businesses run more efficiently-and safely.  But, businesses can’t run at capacity unless their technology is working. Sometimes, things break.

Computer Troubleshooters is just one of several franchises that provides repair services for computers and other types of technology located at work-or at home. Others include:

Franchises in this sector will add numerous mobile technology products and services for their franchisees to offer their customers in 2013. That’s because today’s small business owners need to reach and sell to their clients and customers where they are these days – on their smartphones and tablets.

Thousands of different franchise opportunities are available today, with new concepts rolling out all the time. The trick is to choose one that makes sense for you…which allows you to utilize your best skills.

Once you’ve done that, make sure that you have several conversations with current and former franchisees of the concept you’re looking into as part of your due diligence. Then, run the numbers, but don’t forget to include what I call, “set aside money.” You’ll need to have enough money set aside to take care of your living expenses for several months, while your new business gets up and running.

Finally, continue to do what you’re doing right now – getting educated about franchise industry trends and learning how to go about purchasing a franchise.

Who knows? Maybe 2013 will be the year that you take control of your career, and become an owner.

Joel Libava is the Franchise Expert for Small Business Trends. Joel, The Franchise King®, equips today’s prospective franchise owners with time-tested, proven techniques designed to increase odds of success. He does this through one-on-one coaching, and gobs of useful content that can be found on places like Small Business Trends, SBA.Gov, and his award-winning franchise blog, The Franchise King Blog . He’s been featured in Entrepreneur® magazine, and is frequently called upon by national media outlets and publications for his no-spin insights into the world of franchising.
22 Reactions
Subscribe
Follow @smallbiztrends
RSS LinkedIn Pinterest iTunes