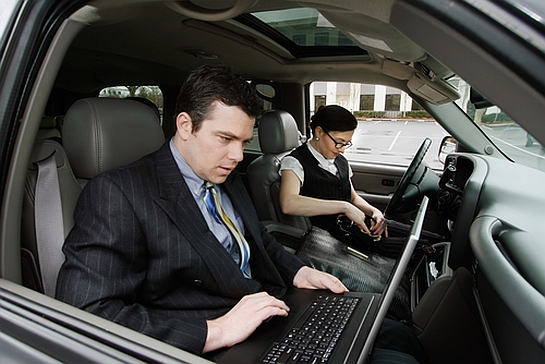 1. Uncertainty About Tax Rules Could Linger

Congress continues to debate the fate of a number of expired or expiring tax rules impacting individuals and businesses. The tax rules for 2013 are anything but certain now and “taxmageddon” (an overall tax increase of about half a trillion dollars) is still a threat; this status could continue into 2013 unless there is a solution in Congress by December 31, 2012.

The income tax rates on individuals (the rates that apply to sole proprietors, partners, limited liability company members, and S corporation shareholders) for 2013 are unknown. It is possible that current rates could be retained for every other than “high-income taxpayers,” defined by President Obama as singles with income over $200,000 and joint filers with income over $250,000.

Another possibility is the extension of current rates for 2013, with the expectation that Congress will find a permanent solution to tax rates during 2013 that will start in 2014.

The Patient Protection and Affordable Care Act (“Obamacare”) was enacted in 2010 and does not impose the mandate on individuals and large businesses for health coverage until 2014. However, the impact of the law will start to be felt tax-wise in 2013.

This is because two additional Medicare taxes come into play:

3. The Corporate Tax Rate And Regime Could Change

As recognition of the global economy increases, the current rules for taxation of C corporations could be revised in one or two ways:

“The territorial design thus equalizes the tax costs between international competitors operating in the same jurisdiction, so that all firms may compete on a level playing field, and capital may flow to where it can achieve the best after-tax return on investment.”

4. The IRS Will Look Closely at Write-Offs for Company Vehicles

In 2012, the National Research Program concluded a three-year project on employment tax compliance. It is now focusing on the findings. Already, the project has revealed companies are not reporting, either properly or at all, employee use of company vehicles. The IRS has indicated that it will look closely at reporting of and tax deductions claimed for the use of company vehicles.

In 2011, the Department of Labor’s Employee Benefits Security Administration (EBSA) added 1,000 employees to conduct audits of qualified retirement plans. Noncompliance with tax rules can result in steep penalties on these plans. Their efforts in 2012 produced significant results. Expect to see audit activities increase, especially among smaller plans, including solo 401(k)s. These audits will likely focus on whether contributions were made on time and required 5500 forms were filed.

Two federal appeals courts have struck down the federal Defense of Marriage Act (DOMA), paving the way for the U.S. Supreme Court to decide whether the federal ban on same-sex marriages is constitutional. Many expect the high court to decide the issue in its current term, which means there will be a decision by June 2013.

What does this means to business? If the Court says that same-sex married persons should be entitled to the same treatment as heterosexual couples, then all benefits programs will have to be revised to offer the same coverage for spouses of employees who are of the same sex. This will affect qualified retirement plans, education assistance programs, and other fringe benefit options. The resulting expansion of coverage will increase the cost for companies to some degree and could lead to changes in benefits that are offered.

Tax information has traditionally been one of the areas in which privacy has been absolute. However, with the unrelenting growth of identity theft, there is an increased concern about the protection of tax information.

Christopher J. Lee, senior attorney, National Taxpayer Advocate Service, said on October 25, that the IRS would issue identity protection personal identification numbers (IP PINs) to about 500,000 individuals for the 2013 filing season. This is double the number in the 2012 filing season. The PINs are computer-generated numbers issued to taxpayers who may have had their Social Security number and tax information co-opted by identity thieves.

8. There Could Be A Shift From S to C Corporations

Many small businesses are set up as S corporations to avoid the double taxation associated with being C corporations. In 2013, that preference may change because of the opportunity for equity crowdfunding (offering small ownership interests to investors via an online platform). Under the Jumpstart Our Businesses (JOBS) Act passed in the spring of 2012, corporations will be able to raise money from small investors up to $1 million without the cost and complexity of going public. Rules from the Securities and Exchange Commission (SEC) on equity crowdfunding are expected to enable capital raising to begin in early 2013. Because S corporations have a 100-shareholder limit, C corporations may become the entity of choice.

9. Worker Classification Continues To Be A Focal Point

The IRS, the Department of Labor, the National Labor Relations Board, and state agencies will continue to direct attention to proper worker classification. Some companies treat workers as independent contractors rather than employees as a way to avoid paying employment taxes and benefits (it saves an estimated 30% to classify workers as contractors rather than as employees). The government does not like this when classification fails to reflect the actual work arrangement; it loses money.

If you file a tax return today, the IRS usually has three years in which to initiate an audit. The delay in auditing results from the time needed to match information provided to the IRS, such as earnings reported on Form 1099-MISCs, Payment Card and Third Party Network Transactions, with the earnings reported on taxpayer returns. Under a real-time system, information would be provided electronically to the IRS before tax returns are filed, enabling the government to match information as returns come in. Since most returns (more than 80%) are filed electronically, matching can be easily automated.

Former IRS Commissioner Doug Shulman, addressing the American Bar Association in September, expressed hopes that shifting to a real-time system could be done soon. All that is needed is for Congress to approve the measure.

11. The IRS Will Launch A New Information-Matching Program

Barbara Weltman is the Tax Columnist for Small Business Trends. She is an attorney and author of J.K. Lasser’s Small Business Taxes and The Complete Idiot’s Guide to Starting a Home-Based Business. She is also the publisher of Idea of the Day® and monthly e-newsletter Big Ideas for Small Business® and is a trusted professional advocate for small businesses and entrepreneurs.
5 Reactions
Subscribe
Follow @smallbiztrends
RSS LinkedIn Pinterest iTunes