5 Trends in Coupon Marketing for 2013 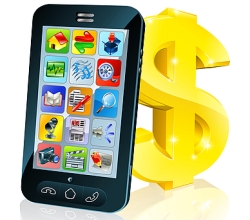 The first time I heard about Groupon was from a small business owner — Surfy Rahman, co-owner of Indique Heights in Washington DC. in 2009. He mentioned it as a user and not as a business owner.

Since then the coupon offers or Group-buying space has evolved a lot. The companies in this space that I have subscribed to along with Groupon are:

If you take a look at the range of my subscriptions they are a good representation of the spectrum of deals available now.

The concept of coupons is not new. It has existed as long as business has existed as a marketing tool for business owners to attract new customers and sometimes to retain existing customers.  Companies like Groupon pioneered a trend where the offer was based on a combination of factors:

Under ideal conditions, coupon offers should have given businesses access to new markets and customers and a way to fill capacity during lean periods. The speed of the industry growth lead to several bumps both for the coupon companies and the business that used the coupons.  Here are some pitfalls that occurred in some of the coupon offers:

Despite the pitfalls mentioned above, many small business have had successes using coupons. One of the most important factors is the ability of the coupon offers to change customer behavior. I wrote about this in a previous post “How Online Tools Helped a Family Farm Get New Business.” Consumers love these deals.

My friend, Dr. Sanjay Jain has taken classes in photography and art that he had always dreamed of and could achieve it when the barrier of cost came down with a Groupon offer. When I put this question on Twitter, many in my network said they had tried new restaurants and became regulars at other business.

Coupon or group-buying companies have two kinds of customers. The end consumer who pays for the coupon and uses it. The business who partners to make the offer. Negative stories from merchants have received far more prominence than success stories. In his article, “5 Groupon Success Stories And Discount-to-Loyalty Strategies” TJ McCue writes:

“There are two big Groupon benefits for business owners that I see: One, that you dramatically increase your visibility. Two, you have no out-of-pocket advertising expense. Okay, you may have to spend on materials or product, but if you do it right, you can at least break even and generate new business.”

As we look forward towards 2013 at the buzz around the coupon industry here are some of my thoughts on trends in 2013:

Increased Resources and Tools for Merchants

More Options in the Revenue Models with Merchants

Looking at negative posts, it may seem that group-buying does not satisfy merchants but that is not true. In a Forsee study commissioned by Groupon:

“Groupon’s overall merchant satisfaction was a very strong 79. The average satisfaction score for a B2B company in ForeSee’s benchmark is 64.”

As a business owner when you make a decision about your marketing in 2013 definitely consider adding the group-buying to your marketing mix with careful consideration on avoiding the pitfalls I have mentioned above.

Next I will be taking a look at case studies. So if you are a merchant who has used group-buying, please contact me with your experience in the comments below.

What are your thoughts on this industry trends for 2013?

Shashi Bellamkonda is CMO of Surefire Social, AKA "Social Media Swami" at SurefireSocial. Visit Shashi Bellamkonda's blog. He is also an adjunct faculty at Georgetown University. Shashi is a regular contributor to the Washington Business Journal, DC Examiner and other tech blogs like Smallbiztechnology and Techcocktail. Shashi has been in the list of Top 100 Small Business Influencer Champions list for 2011 and 2012.
20 Reactions
Subscribe
Follow @smallbiztrends
RSS LinkedIn Pinterest iTunes