Women Entrepreneurs: Alive and Well, Thank You Very Much!

I am often faced with whining articles about the lack of women entrepreneurs in our industry. Well, my response has always been to show examples of what is really happening. Let me introduce you to three interesting women in diverse industries from educational technology to online music. 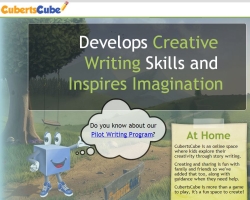 Any teacher will tell you how hard it to teach elementary school kids to write. Because these students vary in cognitive and motor skill development, writing can be frustrating for many to learn such important skills. Entrepreneur, Melanie Kusmik, hopes to solve that problem by teaching kids to write through social web technology.

Years of experience in software development and product management at companies like Quantum, 3Com, Nortel Networks has helped Melanie learn to transform a concept into a business.

As a fun and social online writing environment, Cubert’s Cube is an absorbing, social online writing program designed to creatively engage young students in all aspects of the writing process.  The idea of creating such a platform came while Kusmik was volunteering in her son’s kindergarten class. She noticed the kids would become more engaged if someone collaborated on their story idea and allowed them to draw pictures. At the same time, she realized the students’ interest in technology.

Kusmik brainstormed her ideas with a second grade teacher and came up with the first design of the website in 2010. They developed a prototype and introduced it to 250 second and third grade students and 10 teachers. Kusmik is currently offering a pilot program to validate the product across different teaching and learning environments:

School district-wide licenses will be available in the spring of 2013.

With the subscription model, Kusmik is expecting an annual recurring revenue stream on a per teacher/single class or per school basis, and often 3 to 4 times more when school districts purchase a multi-year subscription. Writing portfolio and journal books could  make up a second revenue stream for the company.

Historically speaking, engaging K-12 teachers to adopt new technologies has been challenging, but Melanie is determined and passionate about it. She sees reluctant writers starting to find writing fun. They get to work with friends collaboratively and use features like drawing, inserting pictures, etc. And more and more tech-savvy teachers and parents are tech-savvy, willing to adopt educational technology to help their students learn better and more interactively. 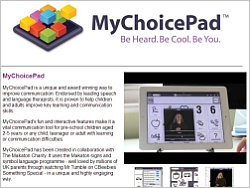 Kids with learning disabilities have been found to respond well to various types of education technology. Zoe Peden created Insane Logic to help these children develop key language and communication skills in a fun, useful and interactive way. Using the iPad and iPhone as a platform, Insane Logic provides games using signs and symbols to communicate and play.

Peden spent nine years working in the education and academic publishing industry in product development and editorial. In 2007, she started as a senior manager at The Makaton Charity, a UK-based charity that owns a proven language program consisting of sign language and symbols that aid language acquisition and development. It is primarily used for children and adults with learning disabilities but can also be used for unimpaired pre-school children.

As a result of a recent seed investment, the company is starting to build out its very small team. Currently, the company has 1,100 paying customers spending an average of £120, with 5,000 customers on the free version of the app. About 40% of all downloads have taken place in the last three months. The company is now getting the word out about how MyChoicePad can help language development and provide access to alternative communication for the 1 in 10 children in the U.K. who enter school with speech, language and communication needs.

Peden has also recently extended the brand to a more mainstream audience with the release of a three game series of apps for building effective language development through using sign language, symbols and pictures, called MyChoicePad Memory. They are aimed at the parental market, specifically for parents with children under five years old. 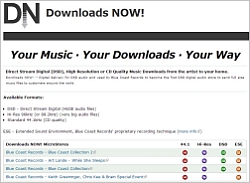 Cookie Marenco knows the music industry inside out. Starting as a fourteen-year-old piano teacher, she bootstrapped her recording studio in 1982 with a partner and received Grammy nominations and two Gold Records.

In 1987, she joined Windham Hill Records as a producer where she learned how a record label operates, legal issues of music, relationship development, the intricacies/ problems of music distribution and branding. In 1997, Cookie became the chief engineer for Liquid Audio, one of the first online music download companies.

She launched Blue Coast Records in 2007 as a cutting-edge music company pioneering super-resolution audio creation and innovative distribution methods. Blue Coast Records was the first to release DSD (Direct Stream Digital, Sony’s newest digital format) audio, which was delivered to end-users through the internet. Since then, Cookie has created several revenue streams and launched many branded products.  All her activities revolve around the strong belief:

At times, she has gone against the trends, but it’s her commitment towards quality that has made her successful.

Prior to Blue Coast, she co-developed a recording technique for surround sound, calling it Extended Sound Environment (ESE). When the rest of the world was turning to home digital recording and low-end mp3, Marenco returned to analog tape and DSD for recordings because the quality was so much better. High-end sound equipment manufacturers were the first to adopt the technology.

To sell the expensive gear, Marenco and her partner needed music that was recorded faithfully to the real sound so that it would show off what their products could do. Several manufacturers approached them to create co-branded products and their first sales were to audiophile manufacturers.

Marenco was bootstrapping even back then. To retain control over the product, she turned down many investors. She also continued with the studio operations to support Blue Coast Records. She decided to stick to quality audio and continued to sell the discs for $40. That was the best decision she made because demand for her products has increased with time.

She started Downloads NOW! as a platform for distributing files of any size. Within six months, manufacturers responded to customers’ request and started building converters so that DSD files could be played on home sound systems. As word spread of the new hardware, software support and more recorded music became available.

There are more than 150 titles available at Downloads NOW!, with 19,000 users downloading  DSD audio in a year. The company is experiencing annual growth of 84%. They are negotiating with Symphony Orchestras, a nationally known major label, to release their content with Downloads NOW! In 2012 Blue Coast Records has already achieved 50% of the revenue required to cover the total operational costs and is very close to the tipping point.

These entrepreneurs prove the adage that a good idea coupled with persistence and focus on quality pays off in the end.

Sramana Mitra is the founder of One Million by One Million (1M/1M) initiative, a virtual incubator that aims to help one million entrepreneurs globally to reach $1 million in revenue and beyond. She is a Silicon Valley entrepreneur and strategist who writes the blog Sramana Mitra On Strategy.
9 Reactions
Subscribe
Follow @smallbiztrends
RSS LinkedIn Pinterest iTunes