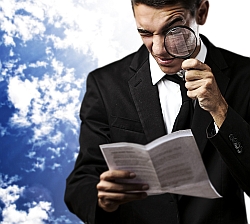 The smartest entrepreneurs don’t emulate trends — they set them. In 2013, with both rapid technological advances (NFC, anyone?) and policy changes on the horizon, startup founders are looking ahead to figure out how, and where, to position their offerings so they can see the biggest wins.

Specifically, they’re looking to capitalize on emerging industries and technologies that will shape the way we do business in the future.

We asked members of the Young Entrepreneur Council (YEC), an invitation-only nonprofit organization comprised of the country’s most promising young entrepreneurs, the following question to find out where, in 2013, the biggest opportunities can be found:

“What is one industry that is going to become the “it” business in 2013 and why?”

“We’re getting to a point where old models of education are crumbling, and people are demanding flexible, lower-cost ways to access empowering information. Both independently-offered online courses and startups such as Udemy are poised to fill the gap for people who value self-sufficiency and who aren’t prepared to spend years in a classroom just to gain some new skills.” ~ Amanda Aitken, The Girl’s Guide to Web Design

“The mobile health industry doubled in revenues in 2012, and is set for an even bigger explosion in 2013. As smartphones go mainstream, the power of a diagnostic, medical, or reference tool in your pocket has amazing promise.  A leading indicator of this potential is the rise of digital health incubators, lead by SF-based Rock Health.” ~ Neil Thanedar, LabDoor

“We just witnessed Nate Silver predict a perfect 50-for-50 in his state by state election predictions leveraging big data and predictive analysis. The two combined will fundamentally change marketing. Big data will make online engagement and ROI easier to analyze and will facilitate the shift from traditional brand advertising communicating at people to an increasingly social approach.” ~ Ryan Stephens, Ryan Stephens Marketing

“Patients are more informed than ever, yet kept in the dark in strange ways: a few weeks ago, I helped a friend figure out how to open her MRI files, which her doctor gaver her on a CD only so that she could hand carry them to another doctor. It’s easy enough to do if you’re technically savvy, but most people aren’t. Tools for both patients and doctors represent a huge opportunity right now.” ~ Thursday Bram, Hyper Modern Consulting

“Gen Y is now a decade into the workforce and is quickly climbing into key decision making positions. Their complete intolerance of cubicle-style workplaces and dry company cultures will change face of real estate and communications as we know it. Along the way, they will create large-scale opportunities not only for tech, but also for a new generation of brick and mortar entrepreneurs.” ~ Christopher Kelly, Sentry Conference Centers

“Mobile marketing is set to take off in 2013. Close to one-third of the American population now owns a smartphone, and adept businesses will tap into this market to help get the word out about their companies. Mobile advertising surpassed $1 billion last year, and this number is expected to be well over $4 billion annually by 2015.” ~ Andrew Schrage, Money Crashers Personal Finance

“There are already several mobile devices in Asia and Europe that come standard with an NFC chip and Samsung has started the race in North America with their latest Galaxy phone. So NFC is inevitable from the mobile side of the transaction but I am excited to see how the rest of the world and other industries such as retail (Wal-Mart) and services (taxi cabs) will adopt NFC for mobile payments . ” ~ Steven Staley, Playbook Community

“For whatever reason, I’ve been seeing more and more pitches focused around food. Maybe it is because everyone eats or because foodies and techies overlap, but whatever the reason I see food as a hot industry in 2013, especially where food and tech intersect. I like Farmigo (a farm-to-home marketplace), Feastly (an Airbnb for kitchens), and Kitchit (personal chef finder).” ~ Eric Koester, Zaarly

“Consumer awareness of the 3D printing industry will skyrocket in 2013. With recent the release of Makerbot’s new “Replicator 2,” the opportunity for high-quality 3D printing in home and small office environments is greater than ever. This industry will have a major impact on the consumer products industry and 2013 will be a critical year in its evolution.” ~ Robert J. Moore, RJMetrics

“The DooH (Digital out of Home)/DPA (Digital Place-based Advertising) has been on the upswing for the past couple of years, and 2013 is when the industry really comes into its own. The convergence of low cost hardware, high smartphone penetration, and ubiquitous social media adoption are the perfect storm for the next generation of digital signage.” ~ Nanxi Liu, Enplug

“Gamification is at a point similar to where Social Media Marketing was 5 years ago. Right now, people assume that to do gamification, all you need to do is add points, create levels, and give users a badge when they complete something. In actually, gamification is an extensive field that is completely open for the taking. By the end of 2013, gamification will be required for consumer marketing.” ~ Jun Loayza, Passport Peru

“We’re only at the beginning of the increasing importance of health and wellness, but fitness apps, tools, and products are already hot stuff. I imagine that trend will only continue in 2013– with some clear breakaway winners by the end of it, especially in the hardware space.” ~ Derek Flanzraich, Greatist

“There is a lot of excitement for fashion and beauty-related companies from both consumers and brands. E-commerce for beauty and fashion is growing in double digits, and 2013 will be a year when more shoppers come online for those types of purchases because personalization is improving and new, interactive digital experiences are created. Beauty and fashion will definitely be “in vogue” next year!” ~ Doreen Bloch, Poshly Inc.

“Facebook will lose some of its mojo as it reaches saturation in the U.S. and other countries. Conversely, other niche social platforms such as Path, Branch, Svbtle and Quora are growing exponentially and will be the next big social media “thing.” ~ Alex Lorton, Cater2.me

“2013 will be a breakout year for the domain name industry. It’s cheaper, you can reach a bigger audience, and you can adapt faster than with a brick-and-mortar business. A good domain name will be critical to ensure credibility and bring the right kind of customer.” ~ Aaron Pitman, API Domain Investments

“We’re still at the beginning of the peer-to-peer renaissance. When I hear of great startups like DogVacay and UpTo, I know there is still a lot of room to grow. There are still a great number of peer-to-peer ideas out there waiting to be harvested. Airbnb was just the tip of the spear. I think we’ll look back in 5 years at a lot of great, well established peer-to-peer companies that started now.” ~ Mitch Gordon, Go Overseas