A Bootstrapping Recipe to $3 Million 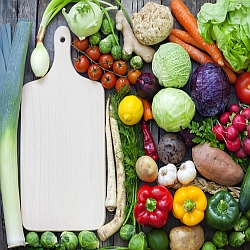 ifood.tv has done just that.

In 2006, co-founders Vikrant Mathur and Alok Ranjan were interested in honing their culinary skills. However, they found that text-based instructional sites were sorely lacking in their instructional capabilities and incorporated no means of reaching out to recipe authors with questions – not to mention there were no visual elements to speak of.

So they took the resources they did find helpful, such as the Food Network, and set about developing a means of adapting it to an on-demand platform.

The result is 2007’s ifood.tv, a multi-platform video channel that focuses on the visual aspect of learning how to cook. The site features an ever-expanding library of videos that are hosted, managed and streamed through their content management platform, as well as text-based recipes. Content is created by an in-house editorial team and crowdsourced from professional chefs, video producers, authors and media companies.

Fully bootstrapped by its founders, Vikrant and Alok have invested $100,000 of their own funds to date, and are currently searching out strategic partnerships.

At the start, ifood.tv competed directly with established, brand name media in online form, such as the Epicurious and Food Network sites. But as Vikrant points out, these sites fail to engage their own community of users – the very problem ifood.tv sets out to solve with its online community of recipe exchange and resource sharing. Up to 4 million monthly unique visitors rate and review existing content as well as providing new material of their own.

While ifood.tv operates on its own steam, through its development the company itself has produced a Web 3.0 platform that can now be used to configure, manage and distribute videos and multimedia content of all kinds. Vikrant and Alok have already leveraged their work to launch a new nutrition site, NutritionRank, in June 2012.

At this point ifood.tv is approaching three million dollars in revenue, and will be exploring additional revenue models including e-commerce in 2013.

One of the most important lessons from the iFood.tv story is that bootstrapping works. Vikrant and Alok did not wait around for venture capital to get their business off the ground. They focused on customers, revenues, and profits.

Today, with $3 million in profitable revenue under their belt, Vikrant and Alok have many options open in front of them, including adding business lines with different business models, and, of course – financing.