The Difference Between Managing And Directing 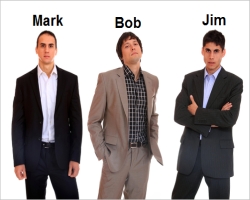 Let me tell you a tale of business.

A small businesses starts out as a one man show, just a guy who “bought himself a job.” Let’s call our guy Bob. Bob’s got no one to manage and nothing to direct. Just do the work; go home; repeat.

And then it happens: Bob succeeds. Bob’s business starts getting busy, really busy. It’s a nice problem to have but it’s a problem all the same.

Bob realizes something has to give. So he hires Mark. Now Bob is no idiot. He makes sure that Mark is the kind of guy who can handle himself. As a result, things get busier yet.

Feeling he is now getting pretty good at this hiring thing, Bob brings on Jim. Jim is no slouch either, so everything is going to be great. Except it’s not. There are conflicts and details are being overlooked. Customers aren’t as satisfied as they once were. In short, hiring Jim has lead to more headaches.

It’s not that Jim was a bad hire. It’s just that the dynamic has changed. There didn’t used to be any need for coordination. Resources didn’t need to shared. There was nobody to step on anyone else’s toes. Bob realizes that he needs to start managing.

Managing is a completely new skill set for Bob. Bob may be great at what he does but that doesn’t guarantee that he is great at passing on his skills, either with training or documentation. He always did things intuitively but now he has to consciously create systems. But it’s Bob’s company so he sucks it up and starts to learn.

Mark and Jim put up with Bob in his new role as a neophyte manager. It seems like there is a bunch of unnecessary overhead and regulation. Bob’s occasional indecision is disruptive. But hey, it’s a job. Bob’s a good guy, they reason. He’ll figure it out. In our story, he does.

Bob the Worker Has Morphed Into Bob the Manager

Bob has now learned how to go from worker to manager so as the business continues to expand, he starts grooming Mark and Jim for more responsibility. After all, he reasons:

Mark and Jim have an easier time of it than Bob. Since Bob laid the groundwork, they just need to learn how he has been doing everything. Bob feels a sense of relief that he finally has some help in shouldering all the management responsibility. Everything will be wine and roses from here on out, he figures.

Mark and Jim still seem to need to be managed. So he tells them how to do their jobs on a daily basis. He assigns tasks like he always used to. Mark and Jim don’t feel comfortable making decisions in this arrangement. So they are always going to Bob for approval on matters big and small. Bob is getting more and more frustrated because he feels like he is doing three jobs, his own and Mark’s and Jim’s.

Bob realizes that the problem isn’t Mark and Jim. Bob’s problem is Bob. He knows he needs to let Mark and Jim do their jobs. He gave them more responsibility but what he failed to give them along with it was authority. Now Bob gets scared. Giving away responsibility seemed okay, but authority? What if they make a mistake?

Let’s Stop Our Story for a Moment

Do you see what is happening here? Bob got good at what his business does before our story began. He learned how to manage as our story unfolded. But if this story is going to continue, Bob has another learning curve to master: learning to direct.

The reason you can’t manage managers is because the minute you do, they stop being managers themselves. Lots of companies call some of their employees managers. But when you examine how things work operationally, you see that they are not truly managing. The issue is usually not a failure on the part of these would-be managers. No, the problem is they are not allowed to manage.

Responsibility can be imposed and it must also be accepted. This usually happens without much fuss. But authority is a different matter. People can be rather stingy about handing out authority. If you want a manager to succeed, it is a necessity that they receive enough authority to carry out their responsibilities. When management fails, it can often be attributed to the lack of adequate authority.

Let’s say that a manager is giving the requisite amount of authority to do their job. So what is their boss supposed to do? The new job of their boss is to direct. How does that differ from managing?

Directing has to do with outcomes. It is about defining results, setting time tables, and providing resources. It is about communicating and mentoring, all surrounding the accomplishment of goals.

A good manager gets workers to do things right. A good director gets managers to do the right things.

It’s not really any harder to direct than to manage but it does require a different mindset. Most managers who rise to become directors could direct. The question is, will they? Will they stay in that comfortable place of managing or will they make the hard choice to delegate authority and then support their managers?

Bob is at that crossroads. He has had to step up before. How will his story continue? Will Bob rise to this new challenge and become the kind of director that every manager hopes for? Or will he neuter Mark and Jim and never really cede to them the control they will need to step into their new roles?

It is up to you to write your own ending. Of course, it never ends. Business is of an ongoing nature. So do what needs doing, manage what needs managing, and direct what needs directing.

Kenneth Vogt helps entrepreneurial men with a big purpose cut through the fog to change the world. You can find updates of true clarity and a free guide, "How To Get Clarity and Hold On To It" at Vera Claritas.
17 Reactions
Subscribe
Follow @smallbiztrends
RSS LinkedIn Pinterest iTunes