Vision 2020: Education Will Change Beyond Recognition 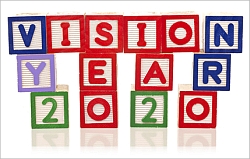 For years, I have patiently waited for innovation in educational technologies. For a variety of reasons, the field simply didn’t take off in the last two decades.

But this decade, I think, it is showing signs of a real, exciting, renaissance. Whether it is in the massively open online courses like Khan Academy and MIT’s OCW or edX, or various tablet and smartphone applications that are enriching the field, we’re seeing serious, high velocity action.

I have written a great deal about EduTech lately. Today I would like to introduce you to a startup that has started showing good traction.  The most successful ideas are very often born out of personal needs and experiences.

In this story, we follow the journey of a student whose discovery of his own elite University’s resources motivated him to make those available more broadly.

Piyush Aggarwal began his academic career in India, in engineering with a focus in Computer Science. Through a combination of industry projects and summer internships, Piyush’s focus shifted from academics to an interest in the ways technical innovation can be applied to solve real world problems.

In this spirit, Piyush came to the U.S. to pursue his graduate degree at Stanford University. There, he repeated a familiar pattern of becoming overly involved in his research rather than attending classes. Happily for Piyush, Stanford made classes available online by offering video recordings of every lecture, which he watched in order to study for final exams. But soon Piyush was watching every lecture video, so that his time in the classroom could be focused on learning new material or a discussion with his peers.

Intrigued by the concept of online education, Piyush investigated further and found that Stanford spent considerable resources to run the program. For other U.S. based schools, as well as those in emerging countries, it wasn’t logistically or financially viable to provide comparable materials. But the market was there. Piyush discovered that India, in particular, suffered from a shortage of quality teachers, driving a strong desire among the Indian student body to find knowledge elsewhere.

What began as an idea for a lecture capturing software grew into the Bangalore-based Aurus Network.

Piyush has also incorporated multiple features to make the solution as flexible as possible. Aurus Network can deliver live streams at low bandwidths with two-way interactions. Custom presenter tracking technology eliminates the need for human camera operators. Aurus is offered in both a cloud-based and on-campus deployment option, and pricing is set in pay-per-use or pay-per-student models.

Aurus Network was bootstrapped until 2011, when business from around 20 Indian educational institutes provided $150,000 in annual revenue. In order to scale further, however, they raised a round of funding through the Indian Angel Network in 2012. Piyush also expanded his advisory board to include well-known executives Sharad Sharma, formerly of Yahoo India R&D, and Ajai Chowdary, of HCL, on his advisory board.

Since its release in 2010, Aurus Network has not encountered a great deal of market competition. While initially competing with video conferencing companies, this comparison is more often simply a mistake of prospective clients, as Aurus’ offerings expand well beyond live communication. Piyush shares that the greatest challenge has been convincing educators to adopt this new form of teaching.

The future of Aurus Network, Piyush hopes, will sustain continued growth as well as geographical expansion. Their offerings have already grown well beyond Piyush’s original idea in the Stanford classroom. Today the target market includes test prep as a key early adapter segment, and future opportunities may include corporate training. The company is currently working toward partnerships with similar technologies in the industry, especially, Learning Management Solution providers.

Piyush belongs to an entire generation of edutech entrepreneurs who envision that online learning at affordable price-points will dramatically enhance the world’s learning quotient.

This democratization of education on the wings of technology will continue to drive us forward over the remaining part of this decade.

Come 2020, I fully expect the field of education to have changed beyond recognition.

Sramana Mitra is the founder of One Million by One Million (1M/1M) initiative, a virtual incubator that aims to help one million entrepreneurs globally to reach $1 million in revenue and beyond. She is a Silicon Valley entrepreneur and strategist who writes the blog Sramana Mitra On Strategy.
4 Reactions
Leave a Reply Cancel reply
Subscribe
Follow @smallbiztrends
RSS LinkedIn Pinterest iTunes