Glassmap first launched early in 2012. The app includes a real-time map that shows what friends are doing and where, with activity processed from Facebook, Twitter, and Instagram.

The app analyzes data from its users’ other social platforms and updates them on what is happening around them. The photo below shows a map that includes user locations and activities. The posts on the map can also include photos and other media. 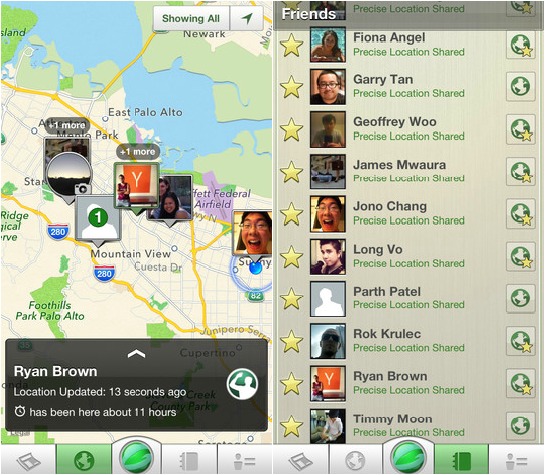 In addition, Glassmap offers a business solutions service where it designs, builds, and maintains custom apps for businesses, keeping customers updated on deals and company news while also learning valuable insights about customers and their habits.

As far as Groupon is concerned, this acquisition seems like a move to help revitalize the service in a time when daily deals sites are losing some of their relevance and users.

For example, if a Glassmap user mainly checks in at concerts and quick service restaurants, a service like Groupon could take that information and present them with deals that fit into those categories, rather than constantly sending them deals for upscale dining or fitness classes.

It could also take the information and use it to better target offers by neighborhood or specific locations where they normally spend time, rather than just using a general metropolitan area.

The Glassmap team stated in a blog post announcing the acquisition:

“Groupon has revolutionized how people today use technology to interact with the real world, and that’s why we’re so excited to join them. Together, we’ll be able to create even more amazing products.”

So for small businesses thinking of hopping off the daily deals bandwagon, this news could mean that new options are in the works by Groupon to provide better access to deals for consumers, and that could mean that deals reach more relevant consumers who are more likely to become loyal and returning customers.

The Glassmap team will be joining Groupon, and the Glassmap app will close on February 15. Specific terms of the deal were not disclosed.