Looking for a Google AdSense Alternative? Do Not Look to AdBrite

AdBrite was reported to employ 26 people, who presumably will now be out of work. The company tried to find a buyer, but talks fell through. It is now selling off assets. 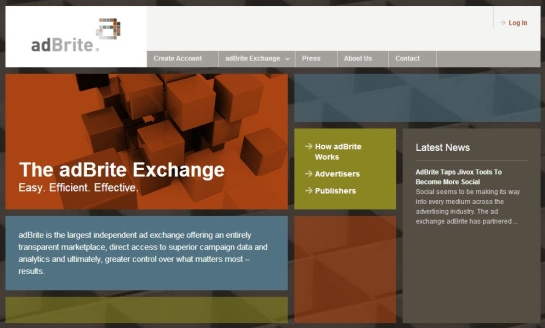 Another sad part to these situations is that existing partners were advised by email, yet the AdBrite homepage, pictured above, has nothing on it about ceasing operations as of this writing.  We just went to the AdBrite website and were able to set up a new account. We even received the email confirmation for a new account.  When businesses shut down, the least they can do is put a notification on the websites, and not continue to accept new accounts.

So what alternatives are there to Google AdSense and AdBrite?  1 Singular Sensation lists a few AdSense alternatives.