Google recently announced that it will again offer a free year of domestic voice phone calls for Gmail users in the U.S. and Canada.

Google has offered this same deal since the introduction of its phone call functionality in 2010. Originally, the company said that free domestic calls would only be offered for one year, but then it has extended the same offer each year since.

The company also stated that it will continue to offer international calls at “insanely low rates,” which currently start at one cent but can change at any time and vary based on location. 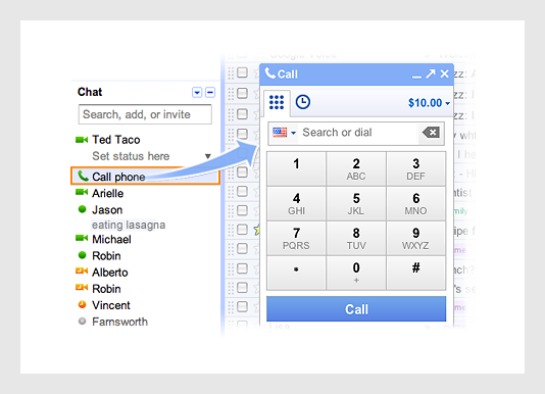 The photo above shows how the calling feature is integrated directly into Gmail, and users can select a contact to call or simply enter in a phone number. It also shows the icons on the side of each contacts name, showing whether they are available for chat or video chat.

It’s clear how this offer can benefit small business users and individuals who take advantage of the voice service. VoIP services like this have grown drastically in recent years as people all over the world change the way they communicate. And as business professionals, having the option to call people both online and via mobile phone for free is a definite plus.

But it isn’t without benefit to Google either. By offering free and low-cost calling service, Google can keep loyal customers using its suite of products rather than see them switching over to competing services like Skype.

However, Google has still not made any announcements saying that it will offer the free calls indefinitely, so this or any year could be the final year it is available.

Google’s voice and video chat is available as a free download and is integrated directly into Gmail. Users can call others via their email address or actual telephone number. Google Voice is also available as a mobile app on many devices.