Clate Mask, CEO of Infusionsoft, a company that specializes in sales and marketing automation, joins Brent Leary to discuss the recent investment of $54 million dollars the company received from Goldman Sachs and also their acquisition of GroSocial, a suite of web-based tools that allow you to build and track social media campaigns – and the benefits these recent events will bring to you and your small business. 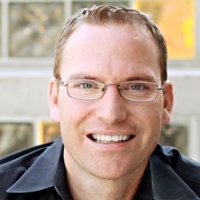 Brent Leary: Having recently raised $54 Million from Goldman Sachs, why do you feel they were they a good investment partner?

Clate Mask: I did have other choices.  We had some other great people.  But I think if I had to summarize why Goldman Sachs, I would put it this way; number one they had a real desire and an appetite to invest in small business and that was a surprise to me.  But it was also extremely refreshing and exciting.

Goldman Sachs really is interested in us over a long stretch.  That was super important to us. So I would best summarize it as small business passion, long term focus, and then good validation.

Brent Leary: Is this deal a sign that marketing automation is going mainstream at the small business level now?

I agree that the very low end of the market with true small businesses that we serve; we just see more and more of the appetite to have sales and marketing go together. I feel that at the enterprise level it makes more sense, or it’s more feasible, for a standalone marketing automation solution that plugs into, or is integrated with, other CRM and  other systems.

We see in these companies that are less sophisticated, that integration is just one more challenging thing that they have to try to figure out. We feel like the momentum we continued to build last year is just more and more validation of small businesses saying:

“You know what? You got that one thing, let’s do that, we like that idea.”

Brent Leary: What will your recent acquisition of GroSocial bring to Infusionsoft customers? Why did you purchase them?

Clate Mask: First, we recognize that to do all-in-one sales in marketing, software for small business lead generation needs to be a more prominent part of the solution. Early on, we were much more a lead conversion company. But over the last couple of years, we have really embraced the idea that it is not just about conversion. It’s also about lead generation.

To be totally honest, our take on it two years ago was that social media was useful for companies in monitoring brand. It was interesting for big businesses, and it was promising in a lot of ways. But we did not see a lot of hardcore practical value for small businesses, and how they were extracting value.

A year ago that began to change quite a bit and we started to see some pretty strong data that showed small businesses were able to generate interest, and generate leads using social media platforms – in particular Facebook.

Twitter was also starting to show some real interesting stuff. Then as the year progressed, we just saw more and more that when small businesses are out there trying to get the word out – they were beginning to do it very effectively through social platforms.

For us, about the middle of last year, our thesis was pretty clear that we could not afford to just go and develop it on our own. We needed to go and get the expertise and then the innovation and the thinking that others had spent a few years putting into it.  And the best way for us to do that was to acquire a company.

Clate Mask: Frankly, we were a little bit smitten by their understanding, their expertise and their true understanding that it is not just about capturing a lead. It’s about nurturing that lead.  Developing relationship with that lead.

The combination of social lead generation and CRM, in their mind, was so powerful.  As they began talking about what their future plans were, it was so similar to what the way we thought about nurturing leads and customers through CRM, and sales and marketing automation. We were just impressed with their deep understanding of social media for small businesses.

Brent Leary: Does this change the target audience for Infusionsoft? Are you still serving the 25 employees and under space?

Clate Mask: That’s as true as can be, my friend.

Brent Leary: I have seen things change with companies as they get more involved with more aspects of lead generation and qualification.

Clate Mask: Sure, I totally understand it. It’s the norm and it’s definitely not what we are doing. We are totally focused, more than ever, on serving true small business.

Brent Leary: Do you see this expanding the types of small businesses that Infusionsoft will attract?

Clate Mask: That is a really great question.  We don’t right now.

But we do think there is a chance that could evolve and help us to get more into retail. Where traditionally, we are much more focused on service businesses.  Our initial push with GroSocial and the integration of what we are doing will be about serving the same kind of customers we are serving today.

Yet we have a sneaking suspicion that down the road, it could help us get into the businesses where the average ticket size is smaller, that is typically in the retail space.

This interview about marketing automation is part of the One on One interview series with some of the most thought-provoking entrepreneurs, authors and experts in business today. This interview has been edited for publication. To hear audio of the full interview, click on the player above.