E-commerce platform Payvment is shutting down its service that gives online merchants the ability to run stores from their Facebook Pages. Now, it’s helping its 200,000 customers transfer their stores over to Ecwid, a competing e-commerce platform that also allows merchants to sell on Facebook and a number of other sites.

A message on the company’s site stated that Payvment will be joining a new company, but offered no other details thus far. The Payvment platform will officially shut down on February 28, 2013. 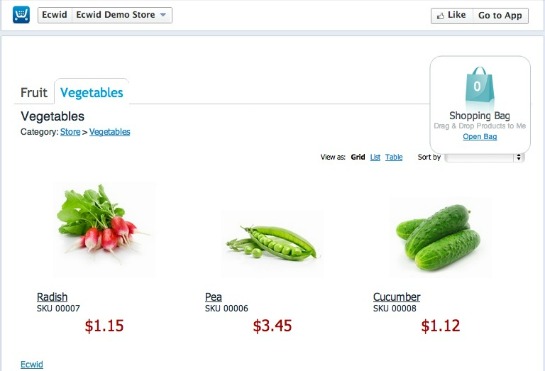 To ensure a smooth transition, Ecwid has setup a process that will allow sellers to keep their Facebook storefronts up without interruption. The process involves just logging into your Payvment account and clicking “Transfer your Payvment store to Ecwid.” Your data will be automatically transferred into a new Ecwid account.

Once the transition is completed, you’ll be automatically logged into your new Ecwid account where you can configure your online store and launch your new Facebook storefront.

Payvment specialized in finding out what Facebook users Liked and what types of items they bought. Payvment also gave merchants access to an advertising platform that helped them auto-target Facebook advertising campaigns.

Ecwid, on the other hand, works with both Facebook and other OpenSocial enabled networks. The platform allows users to manage their store from a single control panel even if they run storefronts on many different sites.

The photo above shows Ecwid’s sample storefront on Facebook. Users can separate items into categories, and shoppers can simply drag and drop items into their shopping carts.

To use it, you simply sign up for an account and receive some lines of code into your website’s source code. The code will allow you to include Ecwid widgets on other sites, including WordPress, Joomla, Squarespace and more. Then you just add your products to your Ecwid control panel and manage the settings of your online store. Changes will appear instantly on your Ecwid storefronts.

Ecwid offers a free plan and other plans ranging from $15 to $99 per month. The plans give users different options for number of products, bandwidth, support, and other e-commerce features.

Ecwid was founded in 2009, but the majority of the team previously worked on X-Cart, so they have been building e-commerce technology since 2000. The company is based in Encinitas, California and Ulyanovsk, Russia. The company currently has about 250,000 customers in 170 countries.