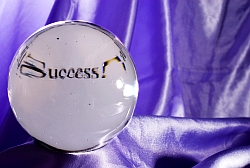 Tis the season to make predictions.  If my crystal ball is working, 2013 is going to be a good year for small businesses.

The economy (fiscal “cliff” threat notwithstanding) seems to be on track for a stronger recovery in 2013, buoyed by consumer confidence and more Americans going back to work.

Below are some of the trends that I feel will be driving small business in 2013:

Many are predicting more businesses will be started in 2013.  Part of it led by Millennials who have wholeheartedly embraced entrepreneurship, and part of it from the explosive growth of the freelance economy.

In the latest Elance Global Business Survey, 40 percent of respondents were doing online freelancing work on the side while working full-time jobs. Elance predicts with the advent of Obamacare, many of these part-time freelancers will ditch their jobs for full-time freelance entrepreneurship. In fact, Elance CEO, Fabio Rosati, says:

“The number of full-time employees that quit corporate jobs to work online will triple in 2013.”

Adding to this trend, says Rosati, is the increased adoption of online employees by businesses of all sizes. While 85 percent of small business respondents in Elance’s Global Business Survey say hiring online provides them with a competitive advantage, bigger businesses are expected to:

“Hire virtual teams as an extension of their onsite employees.”

JWT, a global marketing communications agency, named “The Mobile Fingerprint” as one of its 2013 trends in their 10 Trends for 2013 report. And Trendwatching.com, in their report, “10 Crucial ConsumerTrends for 2013” notes a survey from Harris reveals 63 percent of women and 73 percent of men check their cell phones at least hourly.

This means you need to make sure your website is mobile-ready. According to a report from comScore, 86 million Americans get retail information from their mobile devices.

Businesses large and small are adding some type of game to their websites.   According to Brian Burke, vice president of research at Gartner:

“Gamification could become as important as Facebook, eBay or Amazon. The opportunities for businesses are great — from having more engaged customers, to crowdsourcing innovation or improving employee performance.”

This trend is reflected in the marketplace with Elance reporting an increase in demand for freelance entrepreneurs with skills in cover design (+303 percent), game development (+88 percent) and game programming (+76 percent).

The organic movement has been going strong for the last few years now, and now the trend is sweeping the pet industry. Overall, pets are a huge industry—the American Pet Products Association reports about 73 million households own pets and spend north of $52 billion on them.

Food, accessories and toys are now being marketed to eco-conscious consumers anxious to keep their pets as healthy as their families. While there are plenty of organic and natural pet products already stocked on store shelves, there are numerous opportunities for entrepreneurs to introduce new products, or sell them on- or off-line.

Once thought to be a passing fad, gluten-free foods and beverages are increasingly being incorporated into American diets. Food research firm Packaged Facts reports revenues for gluten-free foods will reach $4.2 billion in 2012, higher than originally projected.

Originally marketed to sufferers of Crohn’s and celiac diseases, now gluten-free products are consumed by about 17 percent of all Americans, primarily, says Packaged Facts research director David Sprinkle, because they:

“. . .believe these products are generally healthier.”

Packaged Facts reports there will be an increased variety of gluten-free snack foods and even frozen pizza. Entrepreneurs who own bakeries and restaurants should pay particular heed to this trend, and make sure you offer gluten-free choices on your menus.

Rieva Lesonsky is a Columnist for Small Business Trends covering employment, retail trends and women in business. She is CEO of GrowBiz Media, a media company that helps entrepreneurs start and grow their businesses. Visit her blog, SmallBizDaily, to get the scoop on business trends and free TrendCast reports.
13 Reactions
Subscribe
Follow @smallbiztrends
RSS LinkedIn Pinterest iTunes