The Franchise Way To Lose Weight 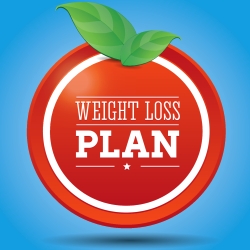 If you watch any amount of television in January, it’s impossible to escape commercials from companies offering to help you lose weight – and change your life.

(Or, change your life by losing weight?)

What is it with those poorly Photoshopped “before and after” pictures that are always queued up at just the right moment in those commercials? Don’t you just once want to see the models wearing the exact same outfits in both pictures instead of the purposely tacky ones that are shown in the “before” pictures?

While you’re pondering those urgent questions, I’m going to introduce you to three companies in the fantastic world of franchising that offer weight-loss products and services, but don’t have multi-million dollar ad budgets like NutriSystem® and Weight Watchers®.

Charles Sekeres founded PWLC almost 25 years ago. Located near Akron, Ohio, this franchisor uses the word, “Physician” in its name for one reason – credibility. “Physicians Weight Loss Centers” does have a nice ring to it, especially if you’re a consumer looking for a “safe” way to lose weight.

But, back in 1991, the franchise ran into some problems.

And, they weren’t alone. Severalweight loss franchises came under scrutiny after several lawsuits were filed concerning the safety of the weight-loss programs. Bloomberg News wrote a hard-hitting article about the mess that the weight-loss industry was in back then, and it’s worth a read.

Currently, PWLC’s has around 100 franchise locations.

Here’s how they’re positioning their weight-loss program on their company website:

“Years of development have gone into perfecting our 6 specially designed diet programs, so we can maximize weight loss results through proper nutrition. Our Counselors will even help match you up with the program that works best for you.”

*Disclosure: My late father was the Franchise Development Director for PWLC’s and helped open over 300 units. Until he was downsized in 1991.

Once again, a medically related term is used in this franchise brand’s name.  When I honed in on the “Franchise Opportunity” section of the Medifast corporate website, this is the text that appeared in the first couple of sentences:

“Medifast has been recommended by over 20,000 doctors and used by over 1 million customers since 1980.”

It’s nice to see that Medifast has been around for a long time. I like to see that in a franchise…but I’m not automatically sold on one just because of their longevity. There are plenty of good opportunities out there in younger franchise systems, too.  Every franchise system has its pros and cons.

One more thing about this 100+ unit franchise chain: They have a pretty impressive looking, “Scientific Advisory Board,” that consists of physicians, PHD’s and nutritionists from big-name hospitals and universities.

In my eyes, that lends a certain amount of credibility. Does it in yours , too?

Headquartered in Florida, this young weight-loss franchise chain uses a totally different approach to losing weight, and it involves injections.

The founders of Nuviva feel that losing weight isn’t just about dieting. They have come up with what they believe are the 6 fundamentals of a successful weight-loss program. They include:

This franchise, founded in 2010, certainly offers something different. Time will tell if the differences are powerful enough to propel the brand.

Would you be willing to undergo a weight-loss program that includes injections if it meant that you could achieve your weight-loss goals?

For some people bent on losing weight, having prepackaged food sent to their homes on a monthly basis (like from NutriSytem®) works out just fine.  Others like the camaraderie that programs like Weight Watchers® provides with their weekly weigh-ins and meetings.  And for some, weight-loss programs that seem to have a link to the world of medicine, like the franchises mentioned above, are just the ticket.

If you’re thinking of starting a weight-loss program this year, are you going to try any of the programs mentioned?  Have you ever used the services of a weight-loss franchise in your area?

Have I missed any programs that work really well that you’d like to know about?

Read more: The Most Profitable Franchise in the U.S.

Joel Libava is the Franchise Expert for Small Business Trends. Joel, The Franchise King®, equips today’s prospective franchise owners with time-tested, proven techniques designed to increase odds of success. He does this through one-on-one coaching, and gobs of useful content that can be found on places like Small Business Trends, SBA.Gov, and his award-winning franchise blog, The Franchise King Blog . He’s been featured in Entrepreneur® magazine, and is frequently called upon by national media outlets and publications for his no-spin insights into the world of franchising.
16 Reactions
Subscribe
Follow @smallbiztrends
RSS LinkedIn Pinterest iTunes