The 5 Biggest Brands on Facebook And How They Do It

Unless you’re living under a rock, then you know that having a strong business Facebook page is important. To say that the subject of “how to use Facebook” has been covered at this point is an understatement.

So, I won’t bore you with the standard list of tips. Let’s approach this topic from a different angle by examining the five biggest brands on Facebook, what they’re doing, and why it works. (Please note, the number of likes reflected below may have changed since the date of this publication.) 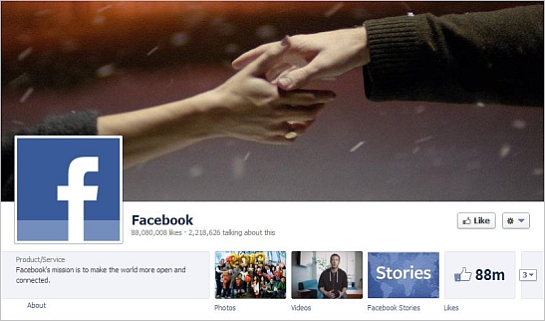 Why: The Facebook approach works because they tell stories of universal appeal. Never underestimate the power of letting people in on your corporate culture. 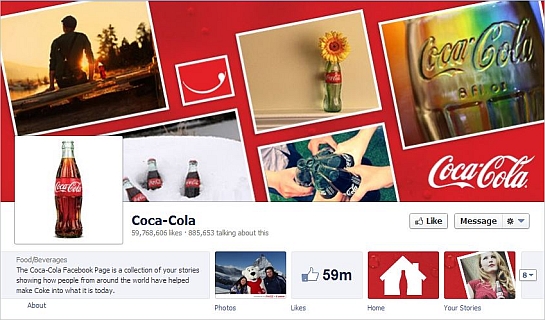 What: The Coca-Cola Facebook page was actually started by two big Coke fans, Michael Jedrzejewski and Dusty Sorg. When Facebook mandated that brand pages had to be owned by the companies they represented, Coca-Cola was quick to hire on the pair as consultants. After all, they had garnered over 1 million fans.

Why: Coca-Cola’s Facebook presence is so successful because it advocates a lifestyle of positive change and social good. Coke doesn’t hawk its own products on Facebook, and neither should you. 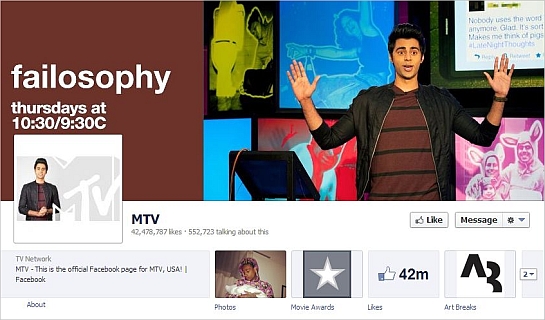 What: Believe it or not, this page actually only had 1 million “likes” in 2010. Now it has more than 42 million. MTV built its success on the drive to engage with users. With a page the size of MTV’s, it’s virtually impossible to connect with even the majority of users. However, the MTV Facebook crew works overtime to develop a very real and tangible connection.

Why: MTV is constantly reaching back to its demographic. Don’t get too big for your britches; stay connected with the fans that reach out to you and choose to consume what you have to offer. If that means you must budget an hour per day for Facebook interaction, then do it. 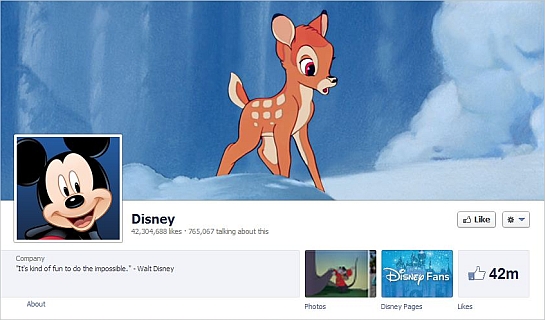 What: Disney truly has a universal appeal. After all, who else has made movies for your grandparents (when they were kids) as well as you and your children? Disney knows that they have a wide net to cast, but they do so in a smart way. They reach the exploding Facebook population by sharing content that bridges generations. 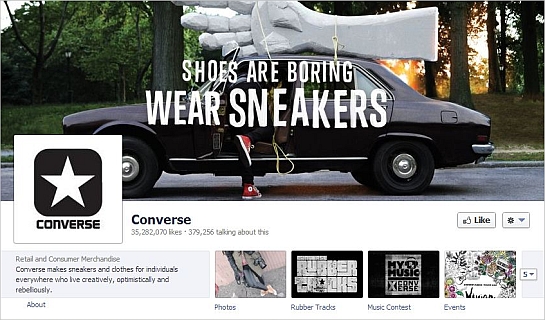 What: Converse is fairly new to this list, displacing Red Bull in the last few months. In their first year on Facebook, Converse grew from nothing to 30.5 million “likes” by encouraging their fans to create content with them.

Why: Converse knows that people aren’t the target of content channels. People are the content channels. Treat your Facebook fans like valuable parts of your strategy, and not just the recipients, and you’ll be all right.

Do you have any tips for business on Facebook?

Amie Marse is the founder of a small content generation firm based in Lexington, KY. She’s been a passionate freelance writer turned business owner for over 7 years. Her philosophy is that the essentials of content marketing do not change from the small business to the Fortune 500 level, and that creativity trumps budget every time.
8 Reactions
Subscribe
Follow @smallbiztrends
RSS LinkedIn Pinterest iTunes