Where Future Entrepreneurs Are Living Today 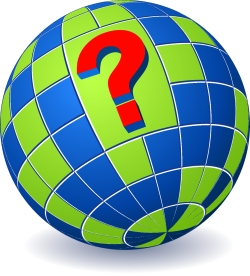 If you are not running your own business today, do you plan to start one in the next three years?

Whether a person answers “yes” or “no” to this question depends a lot on where she is located. According to the 2012 Global Entrepreneurship Monitor (GEM), a survey of nearly 200,000 adults in 69 nations, only 2 percent of people not currently running their own businesses in Japan and Russia intend to start one within the next three years. But 79 percent of non-entrepreneurs in Uganda intend to be in business for themselves within that time.

The large difference across countries in the fraction of the population that plans to start a business in the next few years raises the question: why?

The GEM report and data provide some tantalizing clues.

As the authors of the GEM report explain, a country’s economic development level matters. In poor countries, a much larger fraction of the non-entrepreneur population intends to start businesses in the future. This pattern is consistent with an argument that I and others have made elsewhere. As countries get richer, the opportunity cost of starting a business rises, reducing the fraction of the population that wants to be self-employed.

While that argument might account for the much higher level of entrepreneurial intentions in Uganda than Japan, it doesn’t explain why 13 percent of non-entrepreneurs in the United States intend to start businesses in the next three years, while only 2 percent in Japan do, or why such a small fraction of Russians plans to start a business in the coming years.

The GEM report provides data on three characteristics that might also matter. The first is the country’s current rate of entrepreneurial activity. Across the 69 countries in the study, the current rate of new firm formation and the percentage of non-entrepreneurs planning to start a business in the next three years are correlated at 0.84. Places that have a high rate of start-up activity today are also places where more non-entrepreneurs intend to start businesses tomorrow.

The third characteristic is how favorably society views entrepreneurship as an occupation. Across countries, the correlation between the perception of entrepreneurship as “a good career choice” and the fraction of the non-entrepreneurial population that intends to start businesses in the next three years is 0.69.

So what countries have the highest fraction of people intending to start businesses in the next three years?

Poor countries with currently high rates of start-up activism whose residents tend to perceive their entrepreneurial capabilities as strong and who see entrepreneurship as a good career option.