SBA Chief Karen Mills Resigns: She Will Be Missed 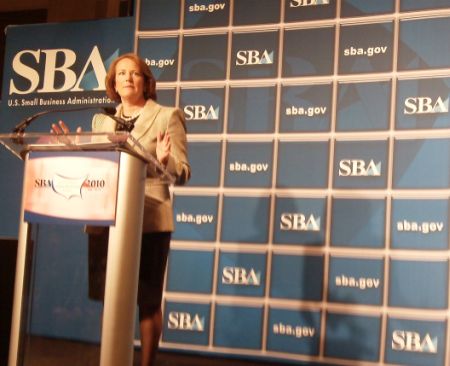 Karen Mills, head of the U.S. Small Business Administration, announced her resignation today. As one of numerous appointees who are leaving in  President Obama’s second term, her departure was not a surprise and in some ways was to be expected.

Mills, a former venture capitalist, was unanimously confirmed as SBA head by the U.S. Senate back in early 2009.  In a prepared statement she noted, “I will stay on until my successor is confirmed to ensure a smooth and seamless transition.”

Mills’ position of SBA Administrator was elevated to a Cabinet level position in January of 2012. At the time, we praised that position being elevated and the elevation was generally approved by the small business community.

Yet, an accompanying announcement was controversial: when announcing the Cabinet elevation, the President stated his  desire to roll the Small Business Administration under the U.S. Commerce Department.  Tucking the SBA under Commerce would likely dilute the focus on meeting the needs of America’s 28 million smaller sized businesses.   Read: President Obama Elevates SBA Head to Cabinet, Sends Mixed Signals.  To date the two agencies remain separate.

At the time of her appointment in 2009, some  (including the editorial team here at Small Business Trends) questioned whether Mills’ focus on venture capital gave her the right background for an agency charged with supporting mainstream small businesses that have neither the hope nor the desire to ever get venture funding.  The world of venture funding is far removed from the day-to-day reality of the vast majority of small businesses.

However, Mills turned out to be a good SBA chief.  She reinforced the small business support mission of the SBA.  In a speech in 2010 she articulated the mission of the SBA as the 3 Cs:  Capital (SBA-guaranteed loans), Contracts (government contracts) and Counseling (educational outreach and disaster counseling).  She upgraded the agency’s website and provided broader educational outreach to the small business community.

In the important area of lending, under her leadership she kept SBA-guaranteed loans flowing.  Her tenure included two record years of delivering over $30 billion annually in loan guarantees.

Says Rohit Arora, CEO of online lending platform Biz2Credit, “The SBA is losing a valuable asset in Karen Mills. I have long maintained that the Small Business Administration is perhaps the most effective government agency in Washington. Having met with her last summer, I know that she has a passion for helping entrepreneurs succeed and SBA lending has thrived under her leadership. She will be missed.”

What do you think — will Karen Mills be missed at the SBA?