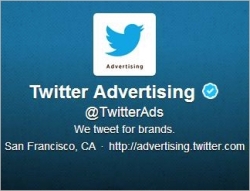 Twitter recently announced the launch of its advertising API, a move that will allow marketers to create more sophisticated ad campaigns and integrate Twitter advertising into their broader marketing plans rather than simply purchasing ads directly through Twitter.

Previously, businesses that advertised on Twitter could only upload one individual ad at a time, and they had to do so through Twitter itself rather than using their marketing agency or ad management platform.

With this latest change, businesses will be able to work with Twitter’s partner companies to create more in-depth and targeted ad campaigns to run on Twitter, as well as integrate Twitter advertising into broader marketing strategies across a variety of sites and platforms.

Twitter’s API launch partners include Adobe, Hootsuite, Salesforce, SHIFT, and TGB Digital, which have built on the platform and will begin offering new Twitter advertising options to a limited number of their clients. The company said that it has been testing the ads API with its partners since January. In addition, Twitter is accepting applications for more companies interested in using the API in the future.

Aside from creating a larger revenue base for Twitter, the release of its API could also lead to an influx of ads on the site and apps, which has some users worried. However, Facebook has been giving marketers access to its API for years and hasn’t reported many ill effects.

Facebook first began testing its own advertising API in 2009 and has since allowed marketers to create automated ad campaigns that integrate a number of different advertising products. It has also given marketers the ability to create tools for measuring the impact of certain ads, when the best time to run ads might be, and what groups are the best fit to target.

Overall, this is good news for advertisers, as they will have more options to reach consumers on Twitter and they could also save time in managing their overall ad campaigns as they will no longer have to manage Twitter ads separately and manually.