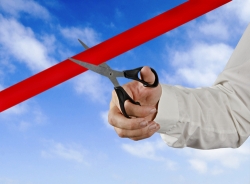 The results tell an interesting story. While many Americans are adversely affected by energy prices and health care costs, a higher fraction of small business owners feel that taxes and government regulations are hurting them.

The Comparison is Admittedly Imperfect

Gallup interviewed small business owners in 2013, between January 7th and 11th and American adults between January 21st and 22nd. More importantly, small business owners were asked about whether different situations were hurting or helping “the operating environment” of their businesses, while people in general were asked whether the situations were hurting or helping their “finances.”

Nevertheless, the data provide insight into the ways that political and economic conditions affect small business owners and non owners.

And both groups assessed the impact of the federal government’s debt ceiling similarly, with 56 percent of adults and 63 percent of small business owners saying it was harmful.

The two groups had similar views about the effect of federal spending cuts, though fewer members of both groups saw these as harmful: 46 percent of American adults and 40 percent of small business owners.

Similarly, 72 percent of small business owners said that government regulations were a problem, while only 48 percent of American adults said so.