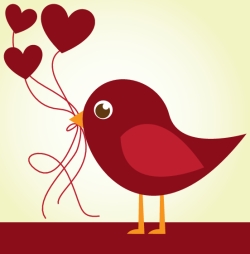 Twitter is huge and we all know it. For me, Twitter has become the ultimate place for me to get the best information out there for my industry. I only follow people that provide information that will educate me along with perhaps, 5 friends. I only follow 285 people.

Why does this matter?

We’ll get to that in a bit.  But first, those new to Twitter sometimes automatically assume that someone with large follower numbers, meaning the number of people that follow a Twitter user, could be someone they need to follow.

In some cases that is true — and in many cases it is not.

First Ask Yourself, “What Are You Using Twitter For?”

If you are using Twitter to find good information for your business and industry, than you may want to only select a few people to follow. If your goal is to get a lot of Twitter followers for whatever reason, than you could follow a lot of people and see who follows you back.

Figure out why you want to use Twitter and what your goal is.

If you check out someone like @dannysullivan, a man deeply respected in the SEO industry, you will see that as of right now he has 295,049 followers and he follows 3,186. It is quite obvious that Danny didn’t follow a lot of people to get this large number of followers. He has a large following because he offers great information, he is respected and he is who most of us consider to be one of the “top dogs” in our industry.

When Danny tweets, talks or writes – we all retweet, listen and clip to Evernote.

If you see that someone has 5,000 followers, but follows 200 then you can assume that a good number of people believe that person has something valuable to offer on Twitter. You can follow them and see if they do. If they don’t you can just unfollow them (give them a week before you decide).  There are many people out there with less than 5-10K followers with great information to provide.

When I first started using Twitter, I had about 40 known industry writers that I immediately followed. That obviously wasn’t a lot, but I didn’t want a lot of junk I had to sift through.  I wanted great information that would give me what I was looking for.

So I watched the Twitter stream and observed, for months, who the people I followed spoke with – and also who they followed. This is how I found some of the best people out there to provide me with the information I really need and want.

In April of this year, I will have been on Twitter for 5 years. I have met a ton of people in those 5 years and have made a lot of industry friends at conferences and online. However, I don’t follow them all on Twitter because I use Twitter for a specific purpose, to get information.  Above I mentioned that I only follow 285 people and this is why. I choose carefully and I believe that the people I follow offer me fantastic information daily. I do add people from time to time, but if they are not educating me – I don’t have an interest in their Twitter stream.

I add friendly folks that I have personally met to Facebook and I engage there.  But Twitter is a business and education tool for me.

Don’t be fooled by some people claiming they are hot shots on Twitter because they have a lot of followers. It is easy to get – and even buy – followers. Choose people that provide you with what you need and find people that others respect. You can see who gets respect in the follower / following ratio.

I also want to say that there are some people/businesses out there that have an almost equal number of followers / following that offer fantastic information. They sometimes put everyone they follow into defined lists that educated them or meet their needs.

I am not saying to rule out people with an equal ration.  I am just saying – don’t be fooled by those with large follower numbers.  Make sure whoever you follow meets your goals and wants on Twitter.