The amount of videos available for viewing on YouTube is overwhelming. Some of these videos are amateur footage that anyone can upload and hardly anyone cares to watch. And some videos are more artfully created and targeted at a specific group of loyal followers. But these videos all have one thing in common – they’re free to watch, at least for now.

YouTube has just announced plans to begin developing paid subscription channels, which would cost end users a monthly access fee ranging from $1 to $5. 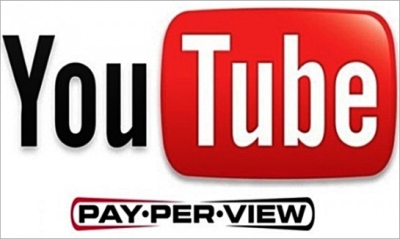 The site has reached out to a select few channel producers and invited them to submit applications to create paid content channels. The first to develop these channels will probably be media companies that have already gained decent sized followings on YouTube.  The new offering will give them a way to monetize their content, other than (or in addition to) ads.

These channels will likely consist of professional-grade programs that are targeted to specific demographic groups, such as football fans, gamers, or automobile enthusiasts.

There also may be opportunities for individual pay-per-view videos — which may be a more attractive option for smaller  content producers that don’t have very large or loyal followings. That way, they can selectively offer individual videos  for a fee.  They don’t have to risk losing followers who balk at paying monthly subscription fees.

For companies that use YouTube to reach consumers, the new channels have pros and cons.  They could lead to more monetization opportunities for content producers and news media, if the paid subscription model catches on with consumers. On the other hand, switching to a paid model could present risks, as fewer viewers are likely to see new content if they have to pay for it. And some loyal followers might even jump ship at the news of switching over to a paid channel.

For now, the paid subscription model is being treated like an experiment that may or may not catch on. For users to actually pay for access to certain videos when others are available for free, there will have to be some kind of incentive or proof that the content is somehow worthy of that investment, however small it might be.

The paid channels are expected to launch later in 2013, possibly this spring.