Business in Bulgaria: One Entrepreneur’s Journey 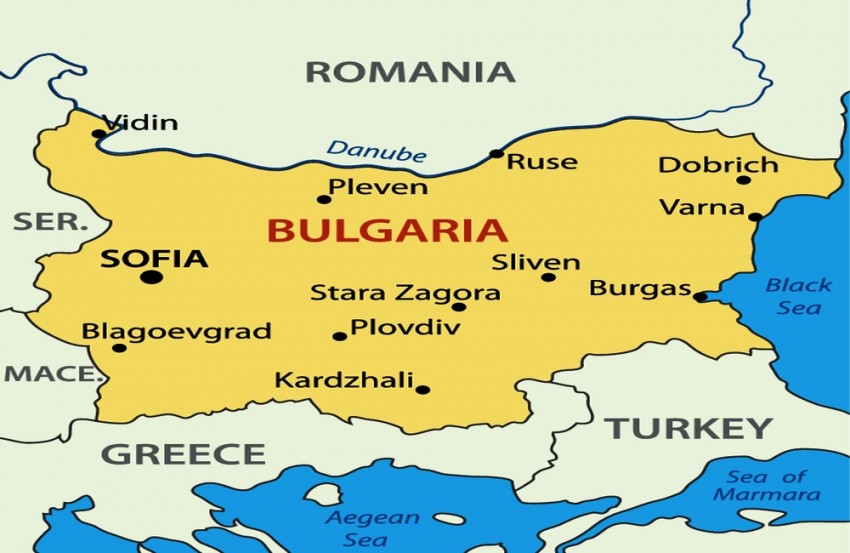 The narratives that surround the past and present economic state of Bulgaria are not unfamiliar ones. The transition to a liberal market economy culminated in complete economic collapse. From 1996 – 1997 Bulgaria experienced a period of instability and hyper-inflation.

The establishment of a fixed exchange rate for the Bulgarian currency and the nation’s entry into the European Union, has since stimulated macroeconomic growth. But Bulgaria remained one of the poorest member states of the European Union. Despite an improving economy and rising living standards, unemployment continued at high percentage levels. Though foreign direct investment has managed to stimulate some economic growth, entrepreneurship in Bulgaria encounters a host of challenges.

Bulgaria experienced a revival of the entrepreneurial spirit in the late 19th century, following their declaration of independence from the Ottoman Empire. Despite continued warring, international trade flourished. It was between 1949 – 1989, during the Communist regime, that prosperity through private entrepreneurship was suppressed and designated as self-serving. Negative attitudes toward entrepreneurs continue to influence the Bulgarian economy.

In today’s volatile economic climate, Bulgaria does not possess enough free money to make investments in innovation. Predictably, the Bulgarian government has rendered private property and trade nonexistent, depriving aspiring entrepreneurs of private resources to mobilize. The process of partaking in capitalism without sufficient capital has resulted in fragmented entrepreneurial efforts, and often limits them to the service sector.

Business In Bulgaria: One Entrepreneur’s Journey

Victor Alexiev, entrepreneur and general renaissance man, would thus appear to be succeeding against all odds. Born and raised in Sofia, Bulgaria, Victor’s past 13 years credit him with work in mathematics, software development, network architecture and investment banking, to name a few. In that time, he also attached two Bachelors and three Masters degrees to his name. Of late, however, Victor has realized his erratic work life could feasibly lead to unemployment, as no one can make sense of his past.

As a result Victor has refocused his efforts on entrepreneurship, a personal passion from his childhood. Victor had started his first business at age 14, building his own Internet Service Provider (ISP) and selling and installing the service in his hometown. With the help of classmate and fellow budding entrepreneur Todor Kolev, Victor’s business grew to 150 customers spanning three towns in 2001. And when underage Victor was contacted by the government’s commission for regulation of telecommunications due to licensing issues, he simply sold the venture to local competitors and transferred his customers to them.

Victor and Todor bonded over their shared passion for entrepreneurship and in 2008, the two began to work together. Obecto, a software development venture, grew steadily for four years before the co-founders encountered difficulty expanding their team. Job postings and hiring services yielded disappointing results, and candidates always seemed to be lacking the connection that made them a strong fit. In 2011, the two began to consider more effective and efficient ways to source and evaluate talent.

The issue of staffing was one many companies faced, in particular those looking to hire software engineers in a market that had grown beyond its carrying capacity. The job market was certainly not improved by an attitude of skepticism toward independent ventures and risks. Victor explains:

Employers were making promises they could not deliver upon, talents were making unrealistic demands, and there was a need for a more transparent marketplace.

That same year, Victor and Todor joined forces with their third partner, Ivan. Drawing upon his background in psychology and psychometrics, the three came together to build a recommendation platform specifically for software engineers in Bulgaria.

The result is PoolTalent, a job board and recommendation aggregate. Though PoolTalent is intended for use entirely by job seekers and employers, the use of matching and personal profiles is strongly modeled on a typical dating site. The site makes uses of a compensatory algorithm that incorporates matching skill sets as well as cultural fit into its final scoring.

PoolTalent’s first version was released in late 2011, with a focus on data collection as well as social media and community features for users. However, a lack of engagement forced Victor and his co-founders to return to the drawing board, this time designing with users in mind. After a second disappointing release, the three decided to put the project on hold temporarily.

It was during that summer of 2012 that Victor happened upon and learned the methodology of customer validation. Victor and his co-founders went and gathered feedback from large IT recruiters based in Bulgaria, such as Hewlett Packard Bulgaria, Playtech and VMware.

The resulting version has abandoned social features in favor of focusing on becoming an information platform for jobseekers in the software development community. Customer input has now led to validation of the concept and ultimately, preliminary partnership agreements. PoolTalent now has 150 registered users, four partner companies and two active clients. They have recently expanded their reach to the career center of the Technical University of Sofia.

PoolTalent is an example of a new Bulgarian economy, as the entrepreneur movement gains popularity once again. Several of the nation’s non-profits provide small amounts of seed capital through competitions in order to promote entrepreneurship. Entry into the European Union has opened access to assistance funds that are now being utilized.

Victor’s story is an important one, because of his success in an environment that so clearly worked against him. Despite the improving economic climate, legislative framework, educational infrastructure and financing options remain insufficient to support disruptive or capital intensive startups.

Bulgaria’s attempts at developing entrepreneurs, albeit slow, is a much needed change. With a clear set of goals in mind for the immediate future, Victor is on his way to becoming just what Bulgaria needs: A practicing entrepreneur building a serious business.

Against all odds? You bet.