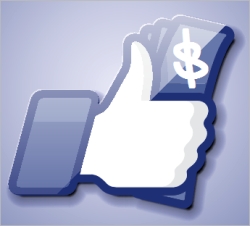 If you use Facebook to spread the word about your brand, you may have seen a drop-off in the number of interactions your posts receive. Business owners, marketers and others are noticing—and they are not happy.

Of course, Facebook does offer paid promotions to increase the visibility of your brand. The price for these depends on the number of fans or followers in your network.

But without paying, page owners don’t seem to get the same exposure to their followers as they used to.

“When Facebook introduced promoted posts, my unpaid posts started averaging 15-18 impressions each, which represents about 10% of my total follower base. I tried promoting a post once as an experiment and yes, it did get many more impressions.”

A New York Times reporter, Nick Bilton, described a similar phenomenon. In a recent column, Bilton said that when he promoted a post for $7, he saw a 1,000 percent increase in interactions on the link he posted.

Despite the option for businesses to pay to get posts in front of more of their followers, the issue is that Facebook’s change in algorithm deliberately decreases the reach of unpaid posts so that you have to promote them if you want to have the level of visibility you were once accustomed to.

In other words: You have to pay in order for your posts to be seen by your own followers on Facebook.

Facebook has denied claims that its algorithm has been changed to force brands to shell out more money to reach the same followers they once could for free. In a post on the official Facebook Studio blog, Facebook Ads Engineer, Phillip Zigoris, insisted:

“While we make changes to news feed occasionally, the fundamental way it works has not changed…News feed works to serve up messages – organic and paid -that people are most likely to interact with.”

Aside from paying, there are a few options for page owners.

Parker said to use image posts as often as possible because they consistently generate more interactions. She also suggested tagging other Facebook pages whenever it’s relevant since that can expose you to that page’s followers.

Another option is to ask followers to opt-in to receive notifications when you create posts, wrote Tristan Higbee in his blog Osmosio. In theory, this would always get your posts seen by those followers. Though Higbee admitted he hadn’t noticed a measurable difference in views and interactions on his first attempt employing this technique, he said he plans to attempt it again in the future.

In an email interview, Higbee also said he believed Facebook will probably experience fallout for its new policies:

“Facebook is charging because it wants to make money. I get that. But when it gets to the point where publishers aren’t posting to Facebook because their fans aren’t seeing their content, Facebook has a bigger problem on its hands.”

Parker agreed. She said she has noticed more of an interest in other platforms like Google+ since the change in algorithm that caused a drop-off in interactions on Facebook:

“I’ve liked Google+ from the beginning, and it seems to be gaining traction among businesses who have ‘had it up to here’ with Facebook.”

But not all page owners have given up on Facebook or even its unpaid posts. Ramon Ray, Editor of SmallBizTechnology and Author of, “The Facebook Guide to Small Business Marketing,” said that while he has used paid promoted posts to gain reach, he wouldn’t discount the value of organic reach on the site just yet:

“Free posting does work, but it must be frequent and engaging.”

And with all the changes to the news feed, the necessity of frequent and engaging content is the one thing that hasn’t changed.