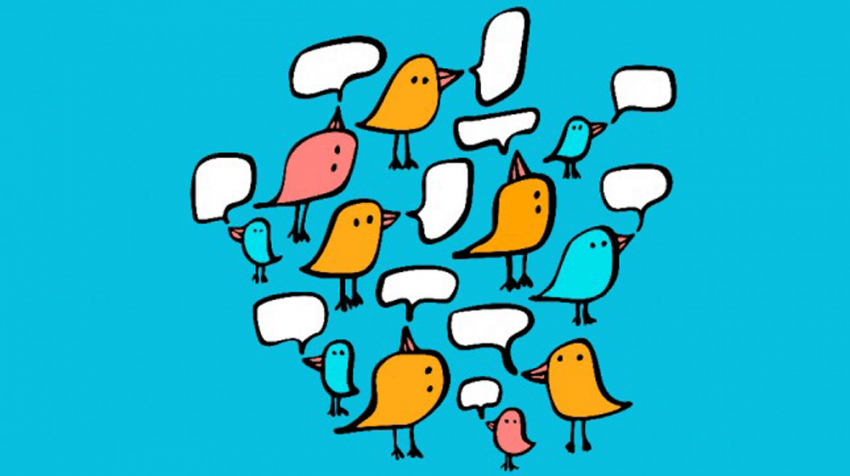 The Federal Trade Commission has recently updated its rules for online advertising.  The focus in the new rules is on short social media messages, such as Twitter tweets, as well as ads appearing on small mobile screens.

The FTC’s rules give specific guidelines on when and how to disclose sponsored tweets or paid ads.  One key recommendation in the new rules: use the word “Ad” in tweets when a tweet is sponsored, as these example tweets from the FTC document demonstrate: 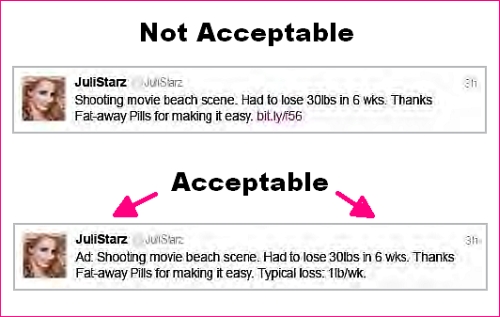 In a statement announcing its updated guidelines entitled “Dot Com Disclosures,” the FTC said the rules take into account “the expanding use of smartphones with small screens and the rise of social media marketing.”

The FTC’s updated rules reflect an evolving marketplace. The use of social media and smaller mobile screens have made messages smaller — in the case of Twitter, as small as 140 characters. And some celebrities and others are paid for the social messages they post.

The FTC says, “consumer protection laws apply equally to marketers across all mediums, whether delivered on a desktop computer, a mobile device, or more traditional media such as television, radio, or print.” With the new guidelines the FTC wants to reduce false or misleading claims made through ads that are masked as social media posts. The rules aim to keep businesses compliant with disclosure laws, which require people to clearly show that a message is sponsored and that the poster is being paid to send that message.

Forbes reported in January on a deal between Samsung and The Associated Press for the media giant to Tweet “Sponsored” messages that advertised the tech company’s presence at the Consumer Electronics Show. AP’s Tweets began: “SPONSORED MESSAGE:” and that would be compliant with the FTC’s updated guidelines, even if it bristles executives at Twitter.

What The New Rules Require

The new rules reinforce that ads must be disclosed, and disclosures must be “clear and conspicuous” — regardless of where or how they appear. The FTC update discourages hiding a disclosure for a sponsored tweet or “space-constrained” message behind a hyperlink. Someone seeing that tweet on its own may not follow the link and see that disclosure.

The agency is also against disclosures made in a message separate from the one containing the ad message.  An example of this would be a disclosure that someone is a paid spokesperson in one tweet, then a separate tweet containing a product endorsement without a disclosure. Even just three characters “Ad:” will satisfy the FTC’s new rules on these messages, according to a Wall Street Journal take on the release.

The FTC guidelines have extensive detail.  They consist of 22 pages, with another 26 pages of specific examples, including screenshots of how to disclose sponsored tweets and how to display ads on mobile screens.

According to the FTC document, “The ultimate test is not the size of the font or the location of the disclosure, although they are important considerations; the ultimate test is whether the information intended to be disclosed is actually conveyed to consumers.”

Here are the full guidelines: