App Developers Get Paid to Create Apps on App.net

App.net recently announced some changes to its Developer Incentive Program, including an increase in the amount it pays out to developers each month. The amount, which used to be $20,000 per month, is now being increased to $30,000 monthly.

The goal of the program, which was first introduced about five months ago, is to give developers an incentive to create quality applications for users. To do this, App.net will divvy up $30,000 per month and award it to  participating developers who create apps for the site.  The amount each participating developer gets is based on usage,  adoption of each app, and monthly feedback from users.   The apps can be found in App.net’s app directory. 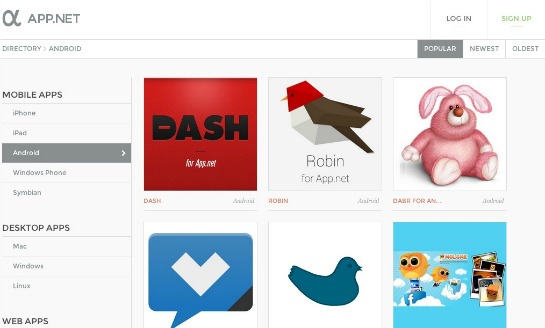 According to an article on the company’s blog, the change in amount is due to more developers participating in the program and more users paying for App.net accounts.  The home page says there are 100 third-party apps currently and the number is growing. The change is effective March 1, 2013.

While this means more money going to developers overall, it doesn’t necessarily mean that it will be easier for an individual developer to obtain a higher payout.  With more developers participating, the pie, while bigger, will also potentially be divided up into smaller slices.

Developers must apply and be accepted into App.net’s program.  If you are a developer you do not have to participate. While you can get paid to create apps, the company emphasized, “Developers are free to monetize their applications through their own mechanisms; this program should be thought of as a “bonus” ….”

App.net apps for Web, mobile, and desktop are all available from third-party providers within its app directory. The screenshot above shows a selection of Android apps available within the directory, where users can search by type of app and sort by popularity or by how long the apps have been available.  On the site, App.net says it “is an ad-free, subscription-based social feed and API.”  It launched in August of 2012 and is owned by Mixed Media Labs.

Much has been written about entrepreneurs making money by developing apps. The Four Hour Workweek author Tim Ferriss even featured an article on his site that gives a name to those who create apps:  appreneurs.

Yet according to the New York Times, only a small minority of developers and entrepreneurs actually make a living developing apps.   Techcrunch has a piece on business models for app developers.  This other piece on Techcrunch also offers monetization strategies for apps.