Google keeps surprising people. That latest came as it announced it was shutting down Google Reader, the RSS feed reader application, on July 1, 2013. 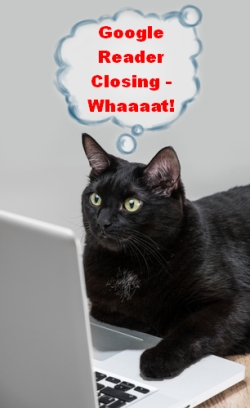 In a statement on the Official Google Blog titled “A Second Spring of Cleaning” the search behemoth wrote, “We launched Google Reader in 2005 in an effort to make it easy for people to discover and keep tabs on their favorite websites. While the product has a loyal following, over the years usage has declined.”

The company went on to note, “Users and developers interested in RSS alternatives can export their data, including their subscriptions, with Google Takeout over the course of the next four months.”

A number of other Google services are being shut down.  Most, however, seem either developer-focused or appealing to  niche interests.

For most people, losing Google Reader will be the biggest blow of all the products being shut down. John Resig tweeted that 97% of his feed hits come from Google Reader.  Here at Small Business Trends we have a similar experience.  Out of the 120,000 subscribers to our RSS feed, 90% are from Google Reader.

Of course, we’ve seen much slower growth in RSS readership, as our Twitter following has grown these past 3 years.  People today get a lot of their news updates through social media sites such as Twitter, Facebook, Google+, LinkedIn and other social sites.

I’ve always found Google Reader hard to use.  It has an inflexible user interface with limited customization features.  But it really depends on how you use a feedreader.  Some people actually read the full text of their content in an RSS feedreader. Others use a feedreader to be alerted of new news and merely look at the headlines, jumping over to the originating site to read the content.

If you are looking for an alternative to Google Reader, there are a number to consider, including start pages such as NetVibes, which is very customizable, and Feedly (which already offers instructions for transitioning from Google Reader).

Another one that we use internally for some of our processes is My Yahoo.  My Yahoo is streamlined and makes it easy to scan headlines – it’s good if headlines are mainly what you are interested in. It’s not the best solution if you wish to read the full text of feeds in the reader itself.

MarketingLand also has a healthy list of alternatives to Google Reader.