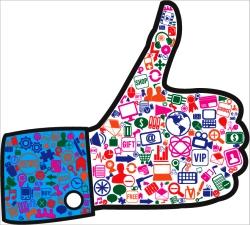 An estimated 67 percent of American adults use Facebook today.  That makes the social media giant on the surface the best channel for small business owners to connect with their clients, customers and partners.

But there are reasons to rethink Facebook engagement. Those reasons include signs some users are getting tired of the site.

The social network is completing a new redesign intended to reignite the spark with its audience. However, it could be too little too late.

Small business owners need to be concerned about “Facebook fatigue” too. It means that the audience they are trying to reach may be vacating the site,  rendering marketers’ efforts fruitless.

Below are four reasons you may want to reconsider the value of your Facebook engagement:

Facebook remains the largest social network with users in the U.S. However, data indicates that may not always be the case. A study released last month by the Pew Research Center says 20 percent of online adults have quit the site. The study also shows only eight percent of online adults who don’t yet use Facebook have any intention of doing so in the future.

This suggests that not only has Facebook been loosing members, but that the site may have limited room for growth.

Small business owners must decide which social networks are the best investment of their time and utilize them in order reach their unique audiences.

The Pew research study also revealed another concern with the popular social network. That problem involves Facebook engagement. The issue should definitely be of concern to any small business owner investing time or money in reaching followers on Facebook. The study found 61 percent of Facebook’s audience has voluntarily taken a break from the network for several weeks or more at one point.

In the official overview for the report, researchers Lee Rainie, Aaron Smith, and Maeve Duggan wrote:

The largest group (21%) said that their “Facebook vacation” was a result of being too busy with other demands or not having time to spend on the site. Others pointed toward a general lack of interest in the site itself (10% mentioned this in one way or another), an absence of compelling content (10%), excessive gossip or “drama” from their friends (9%), or concerns that they were spending too much time on the site and needed to take a break (8%).

This means that when you attempt to engage your audience on Facebook, you can never be sure how many of them may be active.

Bigger is not always better when it comes to small business marketing. In his post “Winning the Social Media Overwhelm Race,” small business consultant Jeff Korhan suggests Facebook, with its huge user base and high volume of messages, may dilute a business’s signal, making the site less useful when communicating to customers.

Many businesses are discovering that Facebook isn’t working for them, so they are focusing their efforts on LinkedIn, Pinterest, or Google+…It’s better to have a robust presence on Pinterest than a mediocre one across the board on the more “popular” networks.

Beyond the inability to reach customers with your message over the din, Korhan says another problem with diluting your marketing efforts on a large, popular site like Facebook is that the effort will deplete your resources and morale while giving you little return on your investment of time and money.

Instead, Korhan suggests never assuming that Facebook engagement or even social media in general is absolutely the right channel to reach customers.

Carefully consider where you can invest your limited marketing resources for the most effective return.

Shawn Hessinger is the Executive Editor for Small Business Trends and a professional journalist with more than 20 years experience in traditional and digital media for trade publications and news sites. He is a member of the Society of Professional Journalists and has served as a beat reporter, columnist, editorial writer, bureau chief and managing editor for the Berks Mont Newspapers.
30 Reactions
Subscribe
Follow @smallbiztrends
RSS LinkedIn Pinterest iTunes