Rise of The Socially Conscious Business 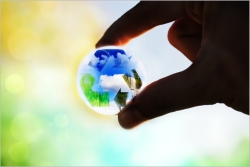 It seemed that the two were destined to stay on their own paths, gawking at each other and failing to work toward a common goal.

However, we’ve recently seen the rise of socially conscious business entrepreneurs, people who are driving innovation and changing systems in order to solve social problems. They have business plans and ventures that are hell bent on changing economies for the better, while at the same time running a successful for-profit business.

They are proving to everyone that poverty can be alleviated and money can be made – all at the same time.

So how do they do it? What’s their secret?

These socially conscious business entrepreneurs dedicate their lives to solving social problems they are passionate about. They find a way to change things for the better, they get going and they never stop running.

One such example here in the U.S. was founded on the idea that you could turn trash into reusable compost. EcoScraps picks up old fruit and vegetables from stores and restaurants, composts it, then turns around and sells it as bags of organic potting soil. Their clients include Costco and Whole Foods among many others. They are creating a sustainable, profitable business while solving the problem of leftover and old produce.

Bill Drayton, Founder of Ashoka, has been identifying and supporting individual social entrepreneurs since 1980. He realizes the potential these individuals have and their ability to create impactful and sustainable businesses. By receiving investment early on, social entrepreneurs are able to scale and grow their businesses to have an even bigger impact.

Social conscious business entrepreneurs are proving that social problems can be solved with for-profit business models, and they won’t take “no” for an answer.

Frankly, I think they’re onto something.

Tessa Farnsworth Curry is the managing editor and regular contributor of Damsels in Success, a website for and about women in business. Tessa specializes in content writing and strategy and writes regularly on business, innovation, entrepreneurship, and travel on her personal site Tessa Curry.
9 Reactions
Subscribe
Follow @smallbiztrends
RSS LinkedIn Pinterest iTunes