Dell Unveils A Huge 18-Inch Tablet and Desktop In One 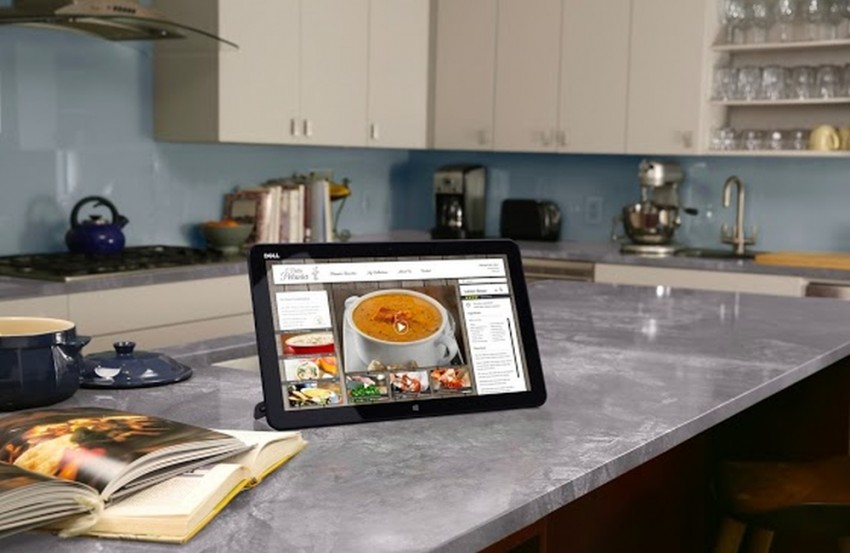 Business users will want to take note.  The new product, the company boasts, can function like a computer someone might use for business purposes, but features the benefits of a touch  tablet.

All the computing elements are in one unit, behind the screen. A stand is available, and when you add a keyboard and mouse, the unit functions like a sleek desktop or laptop.

Take it off the stand, and you can use it as a tablet.  And it would be a rather large tablet, with a screen over 18 inches.

With the ability to use it like a regular desktop or laptop, with keyboard and mouse, you can apply it to some heavy duty work like data entry and spreadsheets.  But when it’s time to wind down, you can curl up with as a portable tablet, and surf the Web, watch videos or play games.

According to a Dell announcement from its Chief Blogger Lionel Menchaca, the $899.99 price point on the XPS 18 delivers the standard hardware, a 1.8GHz Pentium processor. A souped-up version of this AIO features Core i3 or Core i5 processors with up to 8GB RAM.

The most noticeable feature on the XPS 18 is the overall size of it. Though it weighs less than 5 pounds, the Dell AIO has an 18.4-inch touchscreen display, featuring 350-nit full HD (1920 x 1080) capabilities. At that size, it is nearly double the size of most other tablets. Running Windows instead of an Android system is a clear advantage for those wishing a tablet were more integrated with their other business machines.

Menchaca writes in his overview of the XPS 18: “I … installed Microsoft Office 2013, and used both SkyDrive and Google Drive to store documents and notes using a combination of my Latitude work laptop, my Studio XPS 7100 desktop and the XPS 18 along the way. One Note 2013 also made it really easy for me to share information across these devices.”

Of course, Dell is offering peripherals to have the XPS 18 function more like a conventional desktop computer and it also features a kickstand for a convenient display when using the device either as a desktop or a tablet. There are two USB 3.0 ports available on the XPS 18 but it also features built-in wireless capabilities that allow it to work with the Dell wireless keyboard and mouse combination without occupying one or both of these ports, according to Dell.