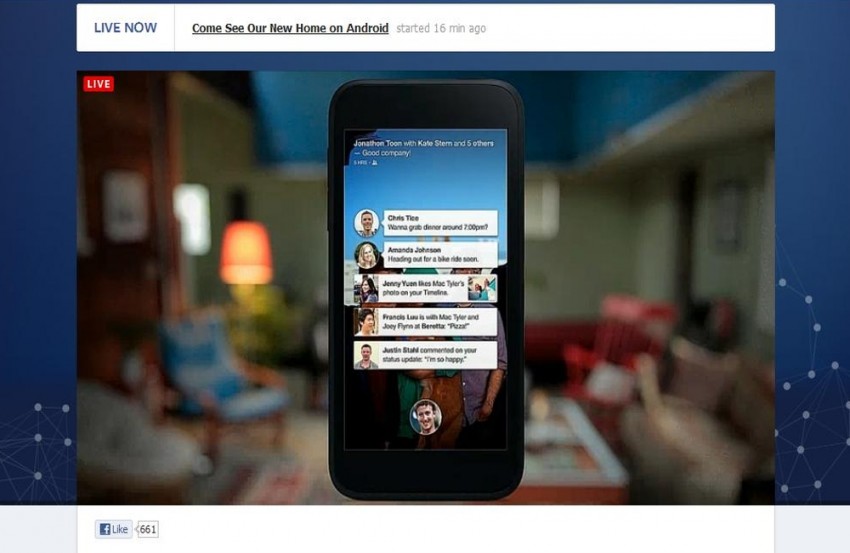 At a press event today, Facebook CEO Mark Zuckerberg, dressed in his trademark zippered hoodie, announced Facebook Home for Android.  It is something he described as “more than another app but not really an operating system.”  It will change your phone’s home screen and replace it with Facebook updates, making Facebook front and center of your phone experience.

A quick look reveals how useful it will be not only for casual users, but for business communications.

During the event, Zuckerberg explained the rationale for creating Facebook Home, which consists of software, instead of creating a new hardware device that was centrally built around Facebook, as had been bandied about for days prior to today’s announcement. Building a phone, he said, would limit the company’s reach to most of its audience.

He said that according to the company’s data, people spend 25 percent of their time on mobile devices using Facebook or Instagram. The new Facebook Home product seemingly aims to keep people connected to Facebook every time they look at their phones by changing the home screen experience on Android devices.

“The home screen is the soul of your phone,” he said. “We think it should be deeply personal.”

For Android users, the home screen would be replaced with what Facebook determines to be the most visually-rich updates from a user’s News Feed. At the bottom of the Home screen is a user’s Facebook profile picture, which serves as an access point to the rest of the phone, namely its other apps. 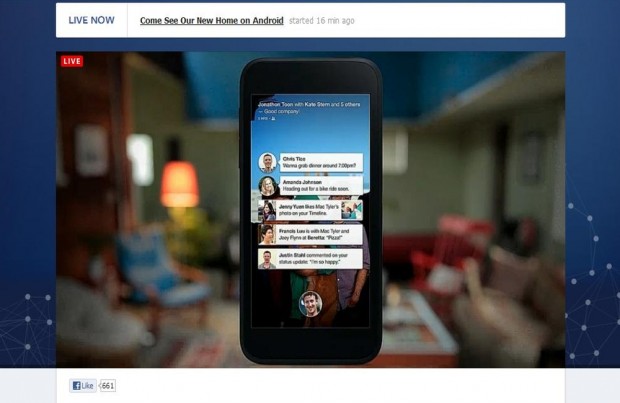 “We wanted this to feel like system software, not just an app you run,” Zuckerberg said. “We wanted to design Facebook Home so it’s just as easy to get to your apps.”

Facebook Home has notifications appearing on a phone’s Home screen, overlaying the select updates from a user’s Friends that would then be reviewable by swiping from side-to-side.

By tapping one’s profile picture, bookmarked apps, a friends list and the most recently used app are all accessible with one swipe.

Perhaps one of the bigger changes to note from Facebook Home is the introduction of Chat Heads, an applet (of sorts) that meshes an Android’s SMS service with Facebook chat. Instead of accessing a separate SMS app for texting, Chat Heads aligns all active Facebook chat and text messages in small circles that are constantly in view on the screen, even while using other apps outside Facebook.

“Messaging is treated like just another app. We think it should be better,” Zuckerberg said.