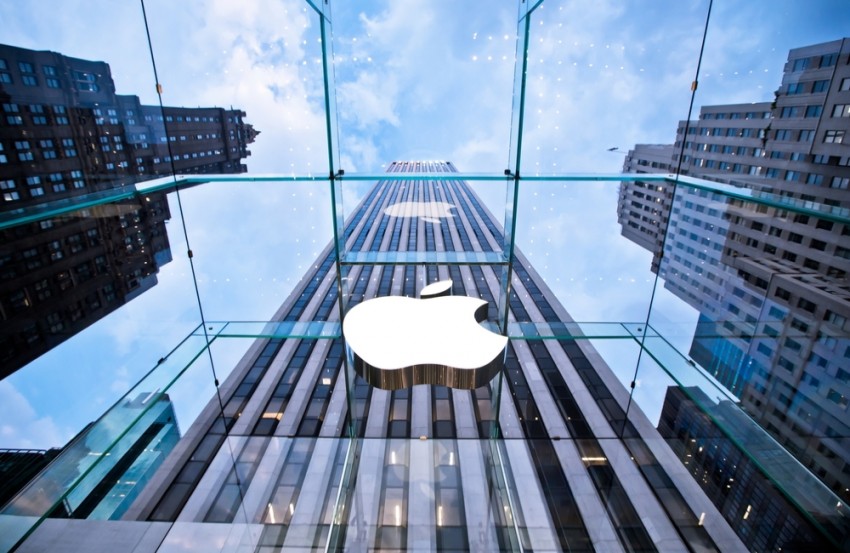 If Apple’s brand doesn’t already impress you, consider the fact that Apple’s store in New York City has a valuation of approximately $4,700 per square foot. Jiminy Cricket – that’s worth as much as the White House.

Despite increased competition from Google and Samsung, Apple retains its status as king of the technological marketplace. Forget any rumors of Apple’s demise. All brands experience cyclical business waves, and while Apple may have had recent blips on the radar, their overall trajectory is still impressive by any figure.

Fortunately, you can incorporate a little bit of Apple into your pie by learning from their marketing strategy. Just like the technology it sells, Apple’s marketing strategy focuses on staying relevant and nimble.

One of the reasons Apple has stayed on top is because of their incredible customer service. I mean, has anyone else been flocked by a swarm of blue-shirted employees the instant they step foot into the Apple store?

Apple’s customer service goes far beyond their helpful floor associates. Anytime you have a problem with your device, you can bring it in to be seen and troubleshot by a “Genius.” And these Geniuses actually know how to fix the technological issues you face. Unlike Best Buy’s Geek Squad, which has frustrated many consumers,Geniuses are effective.

Likewise, is your customer service equipped to handle problems?

Apple’s content is everywhere, from YouTube to television to Twitter. Regardless of where you look, the tone of their brand and advertising content is consistent. By keeping a focused vision of what you want your marketing to look like, you will be able to enact a consistent marketing strategy.

Also remember that content isn’t limited solely to your advertising. Emails that you exchange as part of customer service become content that you can use to your advantage. For instance, Steve Jobs was known as one of the few CEOs who personally responded to customer service emails. Even though it was impossible for him to respond to everything, of course, his gesture distinguished him as a CEO who truly valued the consumer experience – and that built loyalty.

You’re Only As Strong As Your Weakest Product

What was one of the first things that Steve Jobs did when he returned to Apple? He slashed the company’s product offerings from nearly 400 to just 10. Jobs wanted to focus on the quality of Apple’s products, thereby ensuring that consumers understood that anything they bought from Apple would be quality no matter what.

Likewise, when you ensure that your brand only carries and promotes the best products, you’re building consumer trust.

Amie Marse is the founder of a small content generation firm based in Lexington, KY. She’s been a passionate freelance writer turned business owner for over 7 years. Her philosophy is that the essentials of content marketing do not change from the small business to the Fortune 500 level, and that creativity trumps budget every time.
One Reaction
Subscribe
Follow @smallbiztrends
RSS LinkedIn Pinterest iTunes