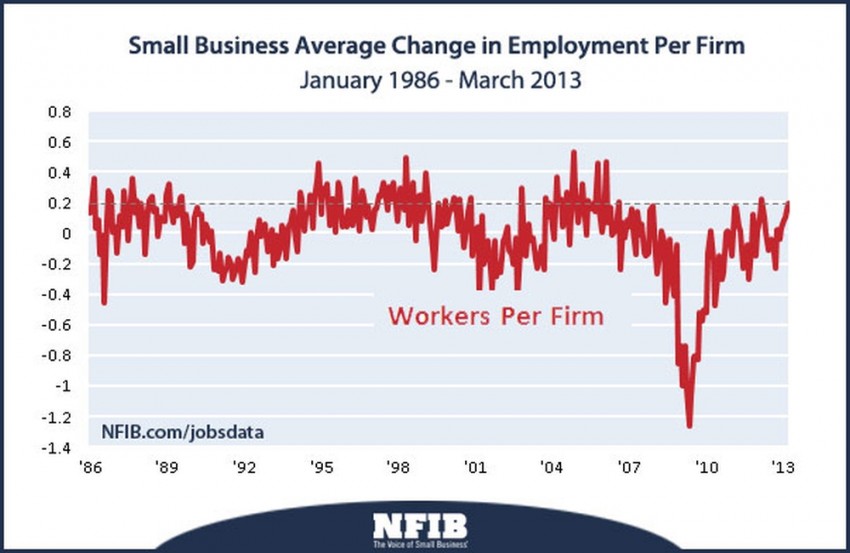 Small business employment rose at the highest rate in a year, according to a recent report, but that trend may be coming to a halt as owners say they plan to stop hiring in the near future.

According to information released by the National Federation of Independent Business, employment at small businesses nationwide rose by an average of 0.19 people per company in March 2013. This is the third straight month of gain according to data gathered by the NFIB’s Small Business Research Foundation. The figure represents the highest gain since this time last year.

The growth is being heralded as a good sign, at least temporarily, especially against a backdrop of overall economic uncertainty that still predominates and which is expected to continue as the federal government wrangles over spending and weighs tax increases, especially on businesses.

“While actual job creation appears to be rising, plans to create jobs took a dive, falling four points to a net zero percent of small employers who plan to increase total employment,” said NFIB Chief Economist William Dunkelberg in a prepared statement released with the report. “It seems that the stamina for growth is waning, even with decent reports on consumer spending at the macro level.” 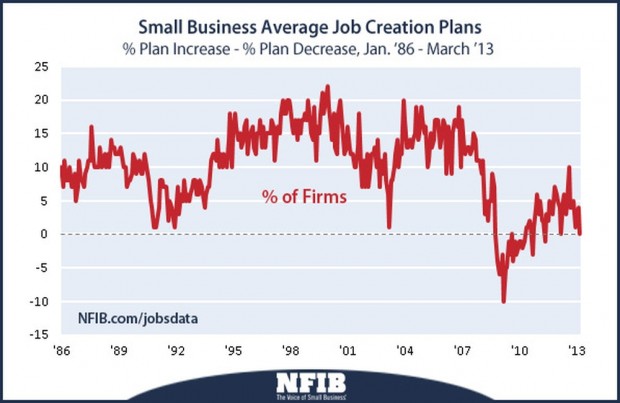 NFIB figures show that 47 percent of small business owners have tried to hire in the last three months. Just slightly more than one-third of those said they were not able to add staff because they found few or no qualified people for the jobs they had available.

“Once again, our bifurcated economy may have large firms doing well but the Main Street owners [are] not sharing in the gains and [are] finding little reason to take on new employees. Owners are still pessimistic and see little reason to hire,” Dunkelberg said. “Small businesses need a shot in the arm; but seeing as this is unlikely, the slow crawl to eventual prosperity might be the best we can hope for.”