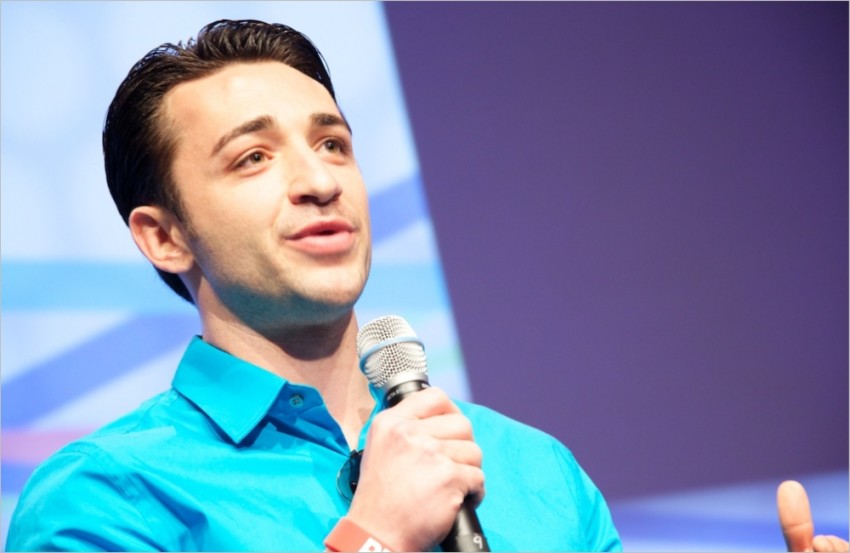 You could easily liken small business marketing and digital marketing today to an old quote from Samuel Clemons (Mark Twain) about the weather in New England:

“If you don’t like the weather in New England, wait a few minutes.”

And it will change.

For many small business owners, just as they familiarize themselves with one marketing strategy, another one comes along claiming to trump all others. Add to that Google’s ever-shifting (and mostly secret) algorithm changes and it becomes increasingly difficult for entrepreneurs to stick to a marketing plan.

I caught up with several business owners at Infusionsoft’s annual Infusioncon Conference a few weeks ago to see how (or even if) they’ve refocused their marketing efforts in the past two years.

Jennifer and Brian Bourn run Bourn Creative, a company that helps other small businesses create websites and build their brands, so they have a thorough understanding of how marketing has shifted. Jennifer says that in the last two years, the “tools haven’t changed, but the way we have to use them” has. Previously, she adds, it was easier for businesses to gain market share, and business owners could get away just doing some self-promotion.

Today, with so much information about your business readily available to your customers (both current and potential), Jennifer advises business owners to focus on branding and building a reputation for their businesses.

For their own business the Bourns say they were “greatly rewarded” after Google changed its algorithms. “Never try to game the system,” they warn, and don’t think SEO is a “magic pill.” They advise business owners to do what’s worked for them in the past two years, “Create great content and optimize it for the end user. Always put the user first.” One of the best ways to do this is creating a blog. “Adding a blog to your website,” Jennifer says, “creates a new opportunity for customers to find you online.”

Another change the Bourns have experienced is the increased effectiveness of Twitter generating traffic to their website. To handle the load, they’ve turned to some third-party automation tools like HootSuite and Tweetbot to augment their real-time conversational tweets. There’s so much competition online these days Brian says so you have to more directly ask for the sale and make it easy for customers to click through and buy. As for Google, he says you can’t fight the changes it (and Facebook) makes so “you have to change and adapt.”

One of the biggest marketing shifts in the past two years has been towards mobile marketing. Brian says make sure your content looks great on mobile devices and that you incorporate responsive design. He suggests you start with a mobile website and not a separate app.

Another entrepreneur who has experienced the rapidly evolving marketing environment is Jim Cavale, the COO of Iron Tribe Fitness (pictured above), a franchiser of gyms. Iron Tribe, which won the Infusionsoft Ultimate Marketer award last year, was launched by Forrest Walden in 2010 with a single location and today boasts 41 franchises. The company is on track to reach 300 units by 2017. Cavale opened the second gym and then teamed with Walden to launch the franchise.

In the beginning Iron Tribe’s primarily used offline marketing, with about 88 percent of potential customers walking into the gym after seeing an ad. In an enormous shift, last year, Cavale says, 88 percent of its customers came from online leads. Email marketing is a more effective tool now for Iron Tribe, and Cavale attributes that to Infusionsoft’s system which automates a good portion of the process.

Cavale’s also noted that SEO is not giving Iron Tribe the return it once did. Today the company is much more active on social media. YouTube has proved very successful for Iron Tribe, as well as Google Local, which Cavale calls very “affordable.” A lot of potential customers check the reviews on Google Local before they come in. Each Iron Tribe has a Facebook “fan page” and all locations use Twitter for customer service and support. Cavale says they actually sold a franchise from a Twitter connection.

Marketing and technology evangelist Ramon Ray of Smallbiztechnology.com and Infusionsoft says there’s been a marketing shift in the last 24 months to “more engaging and relevant content. Just having a product or service is not enough,” he adds, “business owners must feed the search engines.”

Ray is, of course, using technology to focus more on existing clients in order “to create rabid customers who can turn into evangelists.” And he’s doing more to automate his engagement with new customers, which allows him to reach more people in a shorter time frame.

These entrepreneurs are definitely taking advantage of the rapid pace marketing is evolving. They’re jumping into the fray armed with new strategies and tools to give them a competitive edge. And of course they’re keeping an eye out for the “next, new thing.” But as Ramon Ray says, right now the important thing is to focus “less on selling and more on relationship building.”