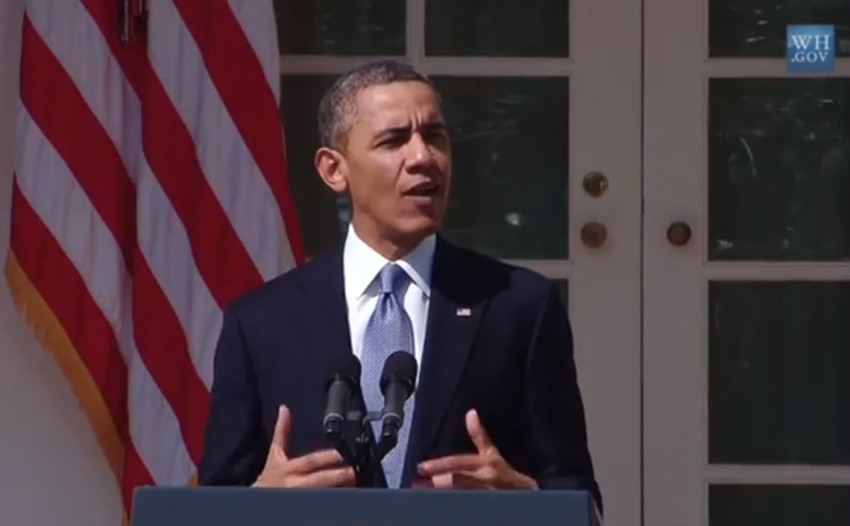 From a small business perspective, the proposed Fiscal Year 2014 budget unveiled last week by President Barack Obama gets mixed reviews.  Critics say the budget does not do enough to alleviate the tax burden on small businesses.

Three key areas of concern are: minimum wage, taxes, and entitlements / pensions.  Let’s look at the range of reactions to the President’s budget to these points.

The budget proposed by President Obama calls for the federal minimum wage to increase from $7.25 to $9 per hour.

Following the release of the Obama budget proposal, Dan Danner, President of the National Federation of Independent Business, said the proposed hike is “a major anti-jobs policy that will limit the volume of net new jobs at a time when the economically essential element of small business job creation is already struggling.

“Workers of all ages that are relatively unskilled are adversely impacted by this policy because they can’t break into the job market, and small-business owners can’t afford to create new positions for them,” Danner said.

The proposed $9 per hour minimum wage is lower than what some Democrats in Congress support, according to The Washington Post.

The minimum wage issue often breaks down along industry lines.  Hikes tend to be opposed by main-street small businesses in retail, restaurants, manufacturing and other industries highly dependent on manual or hourly labor.  Often such industries have razor-slim profit margins to begin with.  In some cases, they can ill afford expense increases lest they put the business’s survival at risk.

On the other hand, small businesses with mostly knowledge workers or professionals may support the increase.  Or they may take no position, because minimum wage does not directly impact their businesses.

The President spoke about “closing tax loopholes” and raising taxes on people making more than $1 million.  During his budget announcement in the White House Rose Garden, President Obama said his proposal also calls for investments in infrastructure — creating new construction jobs — and for investments in manufacturing and hi-tech business hubs.

The NFIB in its statement had this to say:

“Because of existing deductions and loopholes, large publicly-held companies in the U.S. already enjoy much lower effective tax rates than our nation’s small-business owners. Which means that a family-owned hardware store on Main Street pays a higher tax rate than its big box counterpart. That isn’t right, and the president’s plan could make effective tax rates even more unfair.  Details from the White House have been few, but since the president has stressed that reform must be revenue-neutral, we must assume that corporate-only reform will fleece small businesses – who are organized as pass-through entities and pay taxes at individual rates – to pay for the new tax breaks that would be given to big business.”

The National Association for the Self-Employed (NASE), which says it represents 22 million self-employed and microbusinesses, called for more tax fairness to small businesses.  In a prepared statement NASE said:

“We cannot agree more with President Obama’s budget that aims to make the tax code more simple and fair. But the sad reality is our tax code is unfair for the millions of small businesses that want to grow and expand their small businesses, and even more deterring for those who want to open their own small businesses. While job creation and closing loopholes are important, just as essential is creating the environment for new and existing small businesses to thrive without a paper trail of unnecessary and complex requirements.”

As Economics Professor Scott Shane has pointed out here before on Small Business Trends, there are other ways to deal with small business taxes.

The budget President Obama proposes also calls for cuts in funding to certain entitlement programs.  Some don’t think there are enough cuts, and that the burden to pay for everything will be too high.

Others,  like  John Arensmeyer, the CEO at Small Business Majority, said that cuts proposed to entitlement programs like Medicare and Social Security should not be the way to reduce the deficit.  Arensmeyer said, “Cuts could undermine small business owners’ economic well-being and our burgeoning recovery, and should be left out of any final budget deal.”

The President’s budget proposal also hits retirement plans. It adds a penalty for 401(k) plans holding more than $3 million. Brian Graff, CEO at The American Society of Pension Professionals & Actuaries, said this really isn’t an example of closing a loophole and is not much benefit to small businesses but more of a hindrance.

In a statement responding to the budget proposal and specifically a cap on retirement investment accounts, Graff said, “If a small business owner has saved $3 million in his or her 401(k) account, they won’t be allowed to save any more. Without any further incentive to keep the plan, many small business owners will now either shut down the plan or reduce contributions for workers. This means that small business employees will now lose out not only on the opportunity to save at work, but also on contributions the owner would have made on the employee’s behalf to pass nondiscrimination rules.”

Finally, keep in mind that there is no single “small business position” on any economic issue.  Just like voters are never of one mind on all issues, nor are small business owners.

That’s because small businesses vary widely in size, annual revenues, industries, goals and circumstances of the business owners.  Although there tend to be common concerns to many, we never all think exactly alike all of the time.