Terry Jones of Travelocity and Kayak: Then and Now

What a difference a decade can make.  Terry Jones, Founder of Travelocity.com and Chairman of Kayak.com, joins host, Brent Leary, to discuss adaptation to change and the differences between the early beginnings of Travelocity, founded in 1996, to the changes and opportunities that were in place when Kayak was founded in 2006. The end result is two companies of the same size in terms of visitors, yet one requires 3,000 employees while the other requires only 220. 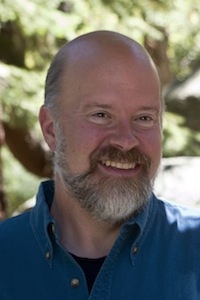 Small Business Trends: Can you tell us a bit about your background?

Terry Jones: I started my career as a travel agent and did that for about five years. I built a pretty big company, a start up when I was in my 20’s, and then jumped over to tech. I worked over at a company selling tech to travel agents and we sold that company to American Airlines.

Then I spent 20 years at American in both marketing and IT. When I was CIO, I was given this little online department that had a product that was on CompuServe and AOL. We put that on the Internet and it became Travelocity.

Now I’m Chairman of Kayak.com, which we founded seven years ago. We took it public last year and hopefully we’ll close the deal to sell the company to Priceline.com for $1.8 billion some day soon pending government approval.

Terry Jones: Travelocity has over 3,000 employees, Kayak.com has 220. Yet they are the same size in terms of Internet visitors. How in the world is that possible? Well part of that is because Travelocity started in 1996 and there really weren’t any Internet tools at all. We had to build everything by hand, so it is a legacy application. We grew that business through traditional brand advertising. They have a large customer service department that is probably easily 1,000 people if not more.

At Kayak there are computers in the Cloud, so we don’t have a data center. For the first six years, we got all of our customers from Google, so it was search based. We did not have to spend all of that money in advertising.

We’re not a travel agency, we’re a search company. So we don’t have a customer service function. We deliberately were very lean in how we did things. Today you can do something with just a couple of people and really create a very large business.

Small Business Trends: Was it difficult from a an organizational culture perspective to adapt to changes?

Terry Jones: I don’t think so. Kayak is the traditional startup, venture capital funded. We had two experienced leaders, one from Intuit and one from Orbitz. They really wanted to create a very lean, mean business. We ran the thing on QuickBooks up until we went public. We just didn’t have the courage to go public with QuickBooks. We thought Wall Street might be a little worried about that.

I think these guys were very good at culturing a team. I have a new book called ‘On Innovation,’ and it goes through the basics of innovation, which I think starts with culture and team. Watching Kayak, one of the most important things was to watch our CPO (Chief Performance Officer), who is focused in hiring absolutely the best people he can find.

You learn that rock stars hang out with rock stars. If you hire A- players, more A-players want to be there because they want to go and change the world together and they don’t want to be dragged back by C and D players.

Small Business Trends: In what ways have customers changed?

Terry Jones: When we started Travelocity, we had to spend a lot of time convincing them to put their credit card online. People were afraid to do that. We had a special number where they could call us to give us their credit card and we put it in. Of course we didn’t tell them we put it in online just like they did, because it was safe and they were afraid.

Today, they are very confident. They are so confident that at Kayak, we have over 24 million mobile downloads of our applications. They are even comfortable doing it over the phone.

I think people still shop around more than they have to, because at Kayak we are very comprehensive in terms of price. I think that people still want to buy direct, which is something that we allow them to do on Kayak.

We talk a lot about social media today. It is in every conference we all go to. But I think we have to realize very few people actually buy through social media. It’s an interesting place to build your brand, but it is really not a place that people buy yet, and certainly not in travel.

Small Business Trends: You mentioned Kayak is a search company not a travel company. Was that mindset something the company began with, or was it something you transitioned to?

Terry Jones: No, actually that was the idea. Ninety percent of the people that came to our websites would search for price, but then go direct to an airline, hotel or a car company to buy. We said, ‘Why don’t we just create a company that does that? That allows you to search very effectively, very quickly across all of the various sources of travel purchase. Then when you click, you buy direct. You burrow right down to the last page of Marriott, or the last page of Delta, and just fill in your name and you are done.’

We started out to be a search company and we started out to earn our money as Google does on a pay per click basis. We stayed that way until this year. Now you now can buy directly from Kayak. We did that because we were getting a lot of questions from people who wanted to buy from us. They now trust us.

Also from the mobile world that is pretty important. Because people don’t want to put in their credit card five times and fill out different forms. It is just too hard. Having them buy from Kayak makes it simpler and it increases the value of our mobile site.

Small Business Trends: Is it more difficult meeting the expectations of customers today then it was back when you were starting out with Travelocity?

Terry Jones: Yes, I think it is. Because constantly innovating is so important to keep up with today’s customers. Twenty percent of Americans have a tablet device. We are constantly moving forward, and we expect from every website – what we get from the very, very best website. ‘So why isn’t Larry’s Insurance company site as good as Amazon?’ We get frustrated when it isn’t.

Small Business Trends: Where can people pick up your book?

Terry Jones: The best place to get it is Amazon.com.

Small Business Trends: Where can people find out what you are up to?

Terry Jones: TBJones.com has information about speaking, consulting, my blog and my books.

Small Business Trends: You mentioned a service you just invested in. Give a plug for that as well.

Terry Jones: We were talking about transcribing this interview, and I just invested in a company called TranscribeMe, a very interesting transcription company that does its transcription through crowdsourcing.

So this interview would probably be cut up into ten different parts, sent all over the world, and one individual might do five or six minutes of transcription. And the computer reassembles it and the transcribers are rated. The quality is excellent and the turn around is fast.

Crowdsourcing is the wave of the future in many new businesses.

This interview on adaptation to change is part of the One on One interview series with some of the most thought-provoking entrepreneurs, authors and experts in business today. This interview has been edited for publication. To hear audio of the full interview, click on the player above.