Looking for a Business Smartphone: Don’t Automatically Choose the iPhone 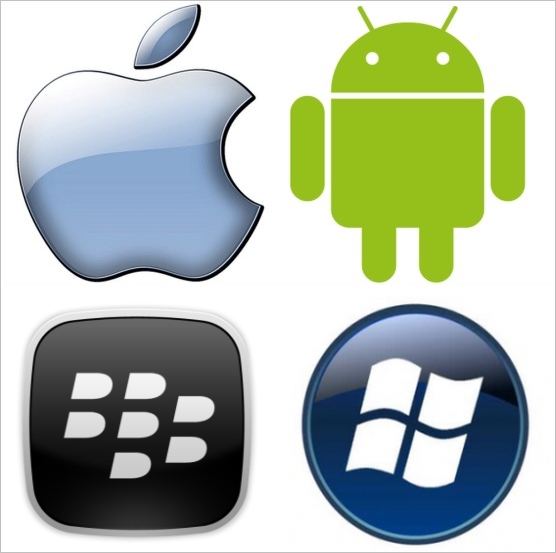 The iPhone has become ubiquitous in recent years. But as a business user, is it really the best choice for you?

Aside from things like call clarity and photo quality, much of the iPhone’s appeal comes from the variety of applications available. The Apple App Store and Google Play have over 700,000 apps available for both the iPhone and Android systems. But tech and productivity companies often release iOS apps before Android versions. And although it’s not without its faults, Siri is probably the best voice assistant available on any current smartphone.

The obvious competitor here is Android. A January comScore study shows Android phones with 52.3% of the overall smartphone market share, and Apple with 37.8%. But with Android there are a lot of different phones to choose from. A few of the ones likely to be considered by professionals are the Google Nexus 4, HTC Droid DNA, HTC One X+, and the Samsung Galaxy S III.

In a post on TechHive, Andy Ihnatko explained his own reasons for switching from an iPhone to a Samsung Galaxy S III using Android. Aside from a better keyboard and more convenient speech-to-text option, Ihnatko cited the easier customization and better collaboration options between different apps. Specifically for business users, the Galaxy S offers a larger screen and a keyboard that can make typing long emails easier.

It also has a near field communications (NFC) chip that gives users the ability to communicate with other phones nearby and even lets you share photos, videos, and other files by just tapping your phone against another phone.

There’s also S-Voice, a feature similar to Apple’s Siri. But both Siri and S-Voice have taken a lot of criticism and don’t necessarily present a reason for anyone to switch to either device.

Then earlier this year, another familiar competitor re-energized itself with a new platform. BlackBerry launched a new smartphone operating system, the BlackBerry 10, that it hopes will become a major competitor in the business market. Conrad Flynn made a bold prediction in a recent blog post – that BlackBerry 10 would become the number one corporate smartphone provider this year.

He cited the company’s refocus on the professional market specifically rather than the overall consumer market, saying that the level of integration BlackBerry provides with things like Google Apps and Gmail is something that can’t be found on other devices.

Flynn, who was an early adopter of BlackBerry and currently uses a BlackBerry Bold phone, also said the messaging features on BlackBerry let users integrate things like email, IM, Twitter, LinkedIn, and more, rather than providing the more traditional separate email experience of an iPhone or Android phone. “All these little things can save users just that little bit of extra time, and while that might not be as important to the everyday consumer, it can definitely be appealing to the professional user,” he said.

Sales forecasts of the new BlackBerry devices have been strong at 2+ million units per month, per a Seeking Alpha report.  The report quotes analyst Peter Misek in predicting that sales of the more traditional physical-keyboard device, the Q10, will eclipse sales of the Z10.  BlackBerry’s newest physical keyboard device plays to business users.

There are also other options from companies like Microsoft, including the HTC Windows Phone 8x and the Nokia Lumia 920. These phones run on the Windows Phone 8 operating system, so they include a lot of the features Windows users are accustomed to.  They don’t, however, yet have nearly the number of apps available as Android and iPhone.

The bottom line is that there are a lot of options to choose from. Different phones and their features are better suited for different types of users and businesses. So going with the most popular or well-known option isn’t necessarily the best choice. Research each phone’s useful features and downsides.  Unstand the difference between using a smartphone for business purposes versus personal use – needs can be very different.  Thoroughly investigate the options to get a phone that’s the right fit for your business.