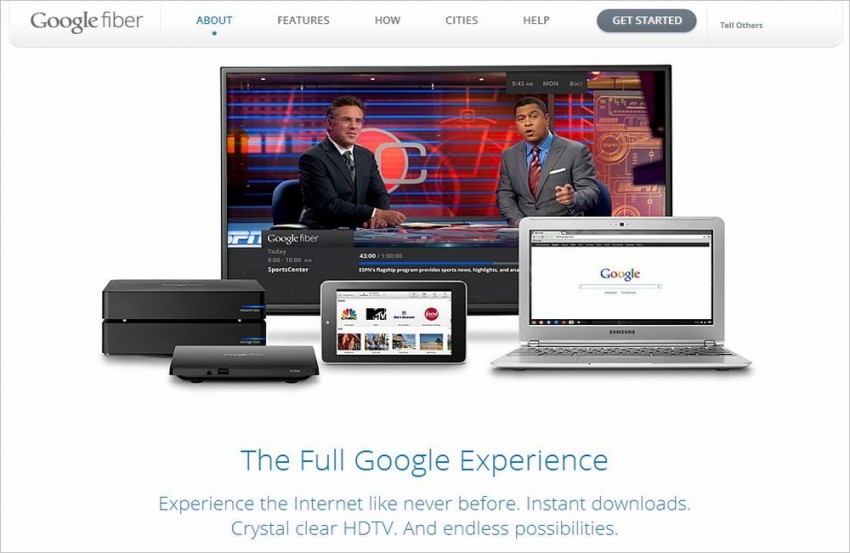 Recently, Google announced the third city that will receive its super fast Internet service. Provo, Utah, will be the third home to Google Fiber, with most residents connected to the grid by the end of this year.

“Once connected, Provo will be one of the first cities in the world where access to broadband will flow like water or electricity,” Kevin Lo, general manager of Google Fiber said. Kansas City and Austin, Texas are the two other cities slotted to receive the ultra-fast Google Internet.

Google Fiber is Google’s new ultra-fast Internet service. The cities chosen to receive this service will have access to 1 Gigabit, 100x faster than normal broadband. Google is also offering free broadband service in those areas for a simple $30 installation fee.

So What Does Google Fiber Mean to Small Businesses?

“Utah is already home to hundreds of tech companies and startups, and many of them are based in Provo,” Google’s Kevin Lo wrote in a blog post. “In fact, the Provo area ranks second in the nation in patent growth, and is consistently ranked as one of the top places to live and do business in the US. We believe the future of the Internet will be built on gigabit speeds.”

Local companies such as Trafficado are excited about the growth that Fiber will bring to the Provo area. Austin, Texas, is also known as a hub for technology and innovation:

“Access to more bandwidth is like rain in Texas — it’s good for everyone,” said David Bresemann, senior vice president and chief product officer at Silicon Laboratories Inc., a locally based semiconductor company, in Statesman. “Austin’s tech-savvy residents and businesses have an insatiable appetite for higher bandwidth.”

Google’s targeting of areas that already have growing startup and tech scenes will bring even more growth to these areas.

Why would businesses care about being part of Google Fiber?

It’s the next big thing and any chance to be on board at the beginning is a good thing. Plus, with fast Internet you can get things done more quickly. This is especially enticing for SaaS businesses and any company looking to quicken their uploading and downloading processes.

It is not known where Google will be taking Fiber next, but they are set on expanding and making this the future of the Internet.

Tessa Farnsworth Curry is the managing editor and regular contributor of Damsels in Success, a website for and about women in business. Tessa specializes in content writing and strategy and writes regularly on business, innovation, entrepreneurship, and travel on her personal site Tessa Curry.
8 Reactions
Leave a Reply Cancel reply
Subscribe
Follow @smallbiztrends
RSS LinkedIn Pinterest iTunes