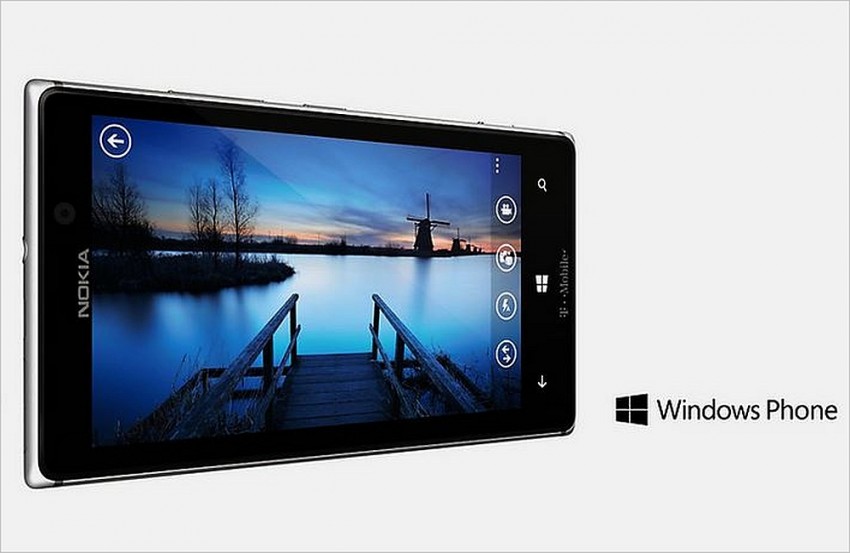 Nokia will release a new Lumia 925 Windows phone in June.  This phone will have a metal case and upgrades to its camera technology.

The Lumia 925 features the same software and technical specifications as its predecessor from Nokia, the Lumia 720. The most notable changes are how the phone looks and feels, and the quality of image it produces. The Verge.com’s Tom Warren writes that the Lumia 925 is made from aluminum on a polycarbonate base rather than the traditional  polycarbonate case common among Nokia phones.

The addition of aluminum on the frame and on the sides makes it lightweight.  But metal also makes this Windows Phone sturdy — an advantage if employees will use a phone outdoors or in rugged conditions.

Nokia has been focused lately on upgrading its photo and video capture capabilities (Nokia recently invested in a camera technologies company).   The Lumia 925 makes improvements on the previous model of Windows phone from the company.  An 8.7-megapixel camera accentuated by two LED flash lights adorns the rear of the phone. The camera is mounted inside a small hump on the rear of the phone.

At the time of the 925 release, Nokia announced an update to all Lumia phones, with the addition of Nokia Smart Camera. This camera software captures up to ten images at one time of a moving subject.

The camera upgrades should be welcome news to small business personnel who use smartphone images in their operations or post frequently to social networks. Nokia claims that its low-light images are better than similar ones taken using an iPhone 5.

Windows 8 An Advantage for Business Users

The Lumia 925 is a Windows 8 based smartphone. Warren calls this a weakness, but that depends on how you plan to use a phone.  Business owners may find the Windows 8 phone system to be an advantage.  The applications and overall look/feel will be familiar to those who use Windows 8 on their desktops. The IT department can provide enterprise-wide support.  And there’s integration with desktop Windows.

“We keep innovating,” Jo Harlow, executive vice president of Nokia Smart Devices, said in a statement announcing the details of the Lumia 925. “We’re advancing experiences on the Nokia Lumia portfolio whether that means great new benefits for an existing Lumia owner, or bringing new showcase devices like the Nokia Lumia 925.”

The Lumia 925 Windows phone will be introduced in the U.S. through T-Mobile. A retail cost has not yet been established.