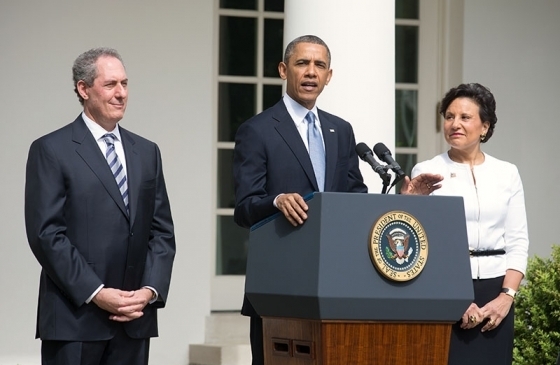 Given these two nominations, some observers are suggesting that the President’s proposal to reorganize several government agencies under one umbrella is just not going to happen.  In January 2012 President Obama had announced plans to consolidate  the Commerce Department, U.S. Trade Representative, the Export Import Bank and the Small Business Administration, among others.  Then during the 2012 presidential election a variation of this proposal was floated that suggested creating a new Secretary of Business.

Juliet Eilperin in the Washington Post says “Forget about it.”  She notes that while the reorganization proposal still has White House interest, it’s not looking likely to happen.

Let’s hope she’s right.  Tucking the SBA  under the wing of the Commerce Department would dilute support for small business, as I wrote back in 2012:

The SBA was founded by President Eisenhower in 1953.  Its intended function?  ”Aid, counsel, assist and protect, insofar as is possible, the interests of small business concerns.”

*** We need one agency with the words “Small Business” in the title to remind everyone of the commitment to small businesses.

We need it focused not on the so-called high-growth startups that so many policy-makers are so enamored with, but on the mainstream small businesses that keep body and soul together in the United States.  It’s not the Startup Administration — it’s the Small Business Administration.

And we don’t need it diluted and distracted with Commerce Department concerns.  ***  The SBA has been a role model the world over for how to support small businesses.  Let’s not change that now.

Others in the small business community were likewise alarmed and opposed when the plan was first announced.  After all, what do small businesses and companies the size of Amazon or General Electric have in common?

Let’s keep the mission of the SBA focused and undiluted.  Let’s not bury it in more bureaucracy, or confuse the needs.