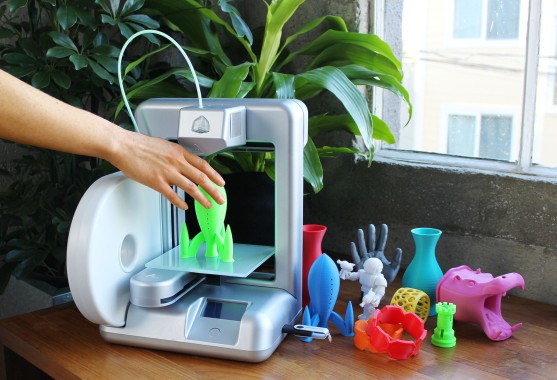 This week’s top small business news stories looked at the latest mobile technology, 3D printing, the future of the password, the latest in the battle over Obamacare and much more. The Small Business Trends editorial team doesn’t just bring you the headlines. These stories explain how the news of the week affects you.

Nokia introduces a new Lumia 925 Windows phone. The phone will have a metal case and upgrades to its camera technology. Observers see the Windows 8 operating system as a benefit to business users. Many business users are already using Windows on their other business technology. So the overall look and feel of the the phone’s operating system will be very similar to the Windows 8 running on their computers.

Microsoft is now among the top 5 tablet sellers. The company’s new Surface devices sold 900,000 units making up 1.8 percent of the market for the first quarter of 2013. Most of those sales came from the Surface Pro, which runs Windows 8 and is targeted at business users. Though this puts Microsoft in 5th place, that’s not too shabby for a company that wasn’t even in the tablet business a year ago.

The future may hold a lot fewer passwords. An organization called the FIDO (Fast Identity Online) Alliance, founded in July 2012 by tech firms like PayPal, Lenovo, Agnito, Infineon, Nok Nok Labs and Validity, is trying to bring about that change. The need for fewer passwords is about more than convenience. Too many passwords encourage users to get sloppy, reusing codes on multiple accounts because they are easier to remember.

Google+ introduces an elegant new look. The company announced dozens of new features and upgrades to its social media platform. Changes to the platform announced Thursday include a look more reminiscent of Pinterest, a multi-column layout, related hashtags, improvements to the Hangout feature and improved features for photo uploading and sharing. And there is even more. Read Small Business Trends Founder and CEO Anita Campbell’s quick take of the highlights.

Most of the top blogs are on WordPress. And the number could be increasing. A new study of the top 100 blogs on the Web says 52 percent use the popular platform. Pingdom conducted the study. The company found that another 4 of the top ranking blogs are using WordPress this year as compared to 2012. And WordPress reports that 65 million sites worldwide use the software. WordPress has become much more than blogging software. It’s now a CMS system for small business websites. Do you use WordPress for your business blog or website?

What is 3D Printing? The process uses a computer generated design to create three-dimensional objects out of plastic, ceramic or metal … even out of chocolate or cheese! It’s like having a small-scale manufacturing device right in your office or home. Sound like something out of science fiction? It’s not. Check out our one page explainer where we give you an overview.

61% of U.S. voters think rich entrepreneurs are good for the economy. And 49% think it’s “very fair” for successful businessmen to grow rich from their efforts. If you had any doubts that U.S. voters believe in the concept of entrepreneurship, this survey by Rasmussen Reports should put them to rest. The report sampled 1,000 likely voters nationwide, surveyed by phone between May 1 and 2, 2013.

Small business owners remain pessimistic. That’s not because they’re negative as a group, says Scott Shane, professor of entrepreneurial studies at Case Western Reserve University. That’s because despite some expansion in the economy since 2009, Professor Shane says, conditions still aren’t that positive for small businesses. Read this posts for some of the harsh realities.

Millennials are changing the employment world. Rieva Lesonsky, CEO of GrowBiz Media, leads us through a study of this workforce from oDesk. Among the preferences of this group are desires to work whenever and wherever they like, focus on projects that interest them, and travel while working. If you employ some of this generational group at your company be prepared. Try to satisfy their desire for freedom while tapping into their entrepreneurial spirit.

Small businesses are borrowing less again. The Thomson Reuters/PayNet Small Business Lending Index has fallen three consecutive months, ending in March. The index measures the overall volume of lending to small U.S. companies. The drop is in contrast to a report from the U.S. Small Business Administration that showed small business lending had increased for the first time in 10 quarters in the last part of 2012.

Lawsuit against the IRS centers on Obamacare. It’s nothing new for small businesses to be complaining about the IRS and Obamacare. But recently this complaining took on legal overtones. Six small business owners have banded together to sue the federal agency. They say the agency exceeded its authority when it took it upon itself to make a rule granting subsidies to employees in states that have declined to create state healthcare exchanges. That action in turn will trigger penalties for small businesses under the new Affordable Care Act, they claim.

Co-Founder of TranscribeMe, explains where great ideas come from. “Necessity is the mother of invention.”  In this interview, Alexei Dunayev describes how his and his co-founder’s efforts to transcribe audio content for their wives, a PhD. researcher and an attorney, made them both realize there must be a better way.

Lady Gaga turns out to be a smart marketer. Book reviewer extraordinaire Pierre Debois reviews Jackie Huba’s new book about Lady Gaga. Huba illustrates that Lady Gaga is a terrific startup marketer in addition to being a terrific music artist.