Complete History of Social Media: Then And Now 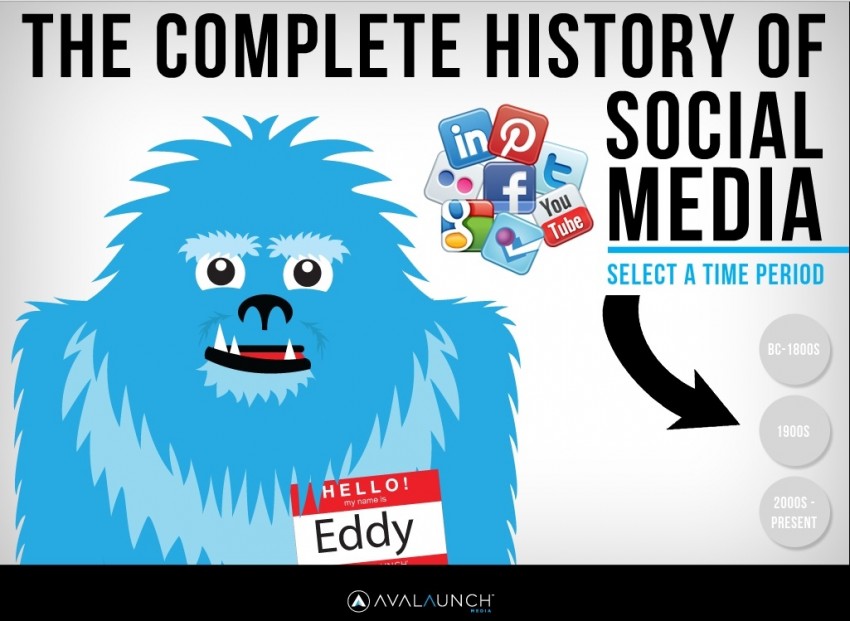 Interacting with friends and family across long distances has been a concern of humans for centuries. As social animals, people have always relied on communication to strengthen their relationships. When face-to-face discussions are impossible or inconvenient, humans have dreamed up plenty of creative solutions. Avalaunch Media recently unveiled their Interactive Infographic entitled, “The Complete History of Social Media.”

History of Social Media: Then And Now 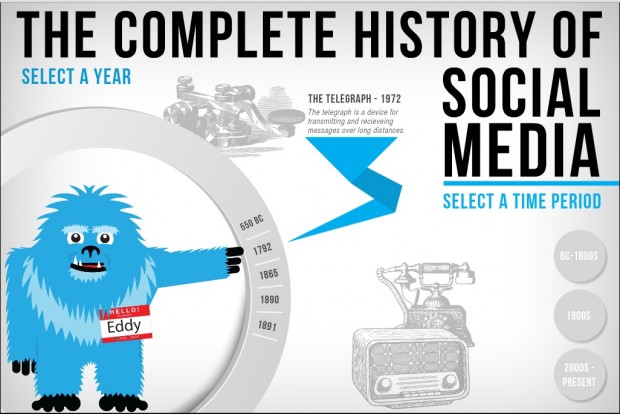 The earliest methods of communicating across great distances used written correspondence delivered by hand from one person to another. In other words, letters. The earliest form of postal service dates back to 550 B.C., and this primitive delivery system would become more widespread and streamlined in future centuries.

In 1792, the telegraph was invented. This allowed messages to be delivered over a long distance far faster than a horse and rider could carry them. Although telegraph messages were short, they were a revolutionary way to convey news and information.

Although no longer popular outside of drive-through banking, the pneumatic post, developed in 1865, created another way for letters to be delivered quickly between recipients. A pneumatic post utilizes underground pressurized air tubes to carry capsules from one area to another.

Two important discoveries happened in the last decade of the 1800s: The telephone in 1890 and the radio in 1891.

Both technologies are still in use today, although the modern versions are much more sophisticated than their predecessors. Telephone lines and radio signals enabled people to communicate across great distances instantaneously, something that mankind had never experienced before.

Social Media in the 20th Century 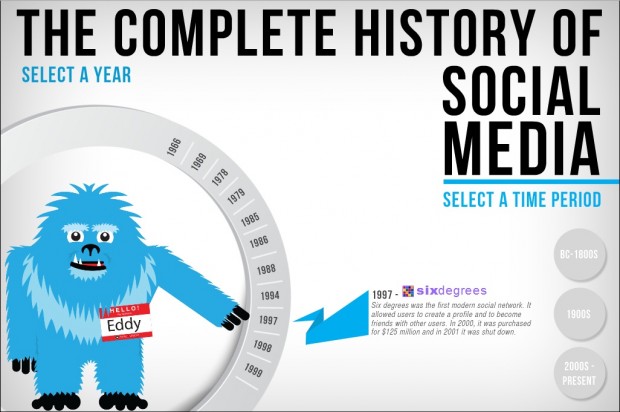 Technology began to change very rapidly in the 20th Century. After the first super computers were created in the 1940s, scientists and engineers began to develop ways to create networks between those computers, and this would later lead to the birth of the Internet.

The earliest forms of the Internet, such as CompuServe, were developed in the 1960s. Primitive forms of email were also developed during this time. By the 70s, networking technology had improved, and 1979’s UseNet allowed users to communicate through a virtual newsletter.

By the 1980s, home computers were becoming more common and social media was becoming more sophisticated. Internet relay chats, or IRCs, were first used in 1988 and continued to be popular well into the 1990’s.

The first recognizable social media site, Six Degrees, was created in 1997. It enabled users to upload a profile and make friends with other users. In 1999, the first blogging sites became popular, creating a social media sensation that’s still popular today. 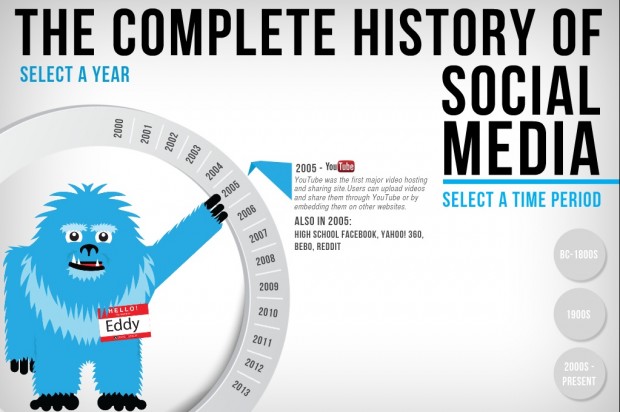 After the invention of blogging, social media began to explode in popularity. Sites like MySpace and LinkedIn gained prominence in the early 2000s, and sites like Photobucket and Flickr facilitated online photo sharing. YouTube came out in 2005, creating an entirely new way for people to communicate and share with each other across great distances.

By 2006, Facebook and Twitter both became available to users throughout the world. These sites remain some of the most popular social networks on the Internet. Other sites like Tumblr, Spotify, Foursquare and Pinterest began popping up to fill specific social networking niches.

Today, there is a tremendous variety of social networking sites, and many of them can be linked to allow cross-posting. This creates an environment where users can reach the maximum number of people without sacrificing the intimacy of person-to-person communication. We can only speculate about what the future of social networking may look in the next decade or even 100 years from now, but it seems clear that it will exist in some form for as long as humans are alive.