What is Gangnam Style? And What Does it Mean for Business? 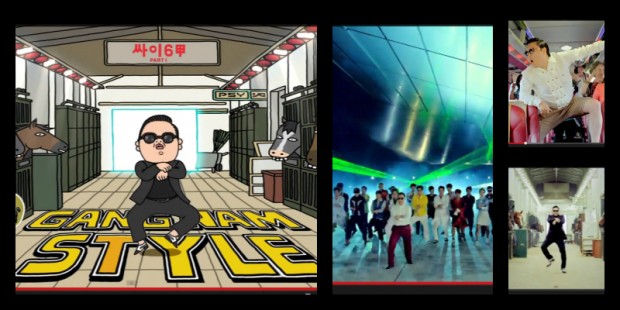 “Gangnam Style” is a song and music video by South Korean musician Psy. The phrase has become a metaphor for having a unique and authentic style.

The video shows Psy singing and dancing in a unique “horse” style in a variety of settings. It’s fun, it’s upbeat, it’s even a bit campy.

The video (embedded below) was first released in July 2012 and soon went viral on YouTube. In December 2012, the Gangnam Style video became the first YouTube video to reach one billion views. Today, it is still the most viewed video in YouTube history.

What is Gangnam style in a business context?

The video’s success is an example of the power of social media in viral marketing. Psy was a relatively unknown musician (at least to many in the West) before Gangnam Style became a YouTube sensation.

Because of the song’s catchy upbeat tune and massive popularity, some businesses, such as Intel, adopted the Gangnam Style dance or song to use with their own marketing campaigns.

Even now, in 2013, Gangnam Style still has legs. Currently Psy is appearing on U.S. television in a Gangnam Style commercial for the pistachio industry. And President Obama referred to Gangnam style in the White House recently.

Why has Gangnam Style been so successful?

There are a few different factors that led to the viral success of Gangnam Style.

First, the video was meant to be fun and not take itself too seriously. It was a bit uninhibited and “over the top.”

Second, the video gave viewers the opportunity to participate. Fans could try their hand at the Gangnam Style dance. Many even created their own YouTube parody videos.  MIT produced a version that featured professor and activist Noam Chomsky.

Online entrepreneur Adeyemi Adisa said: “Just as Gangnam Style music video is catchy and encourages viewers to participate or even do their own parody, businesses need to make their customers participants rather than just customers.”

Third, Psy’s video was different from other videos at the time. This helped to grab attention. It got people talking about and sharing the video with others.

What can my business learn from the success of Gangnam Style?

Gangnam Style demonstrates the power of interjecting personality into marketing. Psy created the video himself without a huge budget. And the video is memorable because it is a bit “over the top.”

Marketer Hamilton Wallace says that small businesses should not let lack of resources hold them back, but use authenticity to their advantage. The fact that Psy created the Gangnam Style video himself, had fun with it and “set it free” is what helped attract so many views, he says.

So in your small business, try employing “Gangnam Style.” Enjoy what you do and let it show. Inject some personality into your marketing and your business. Do it with a style people remember — your own Gangnam style.