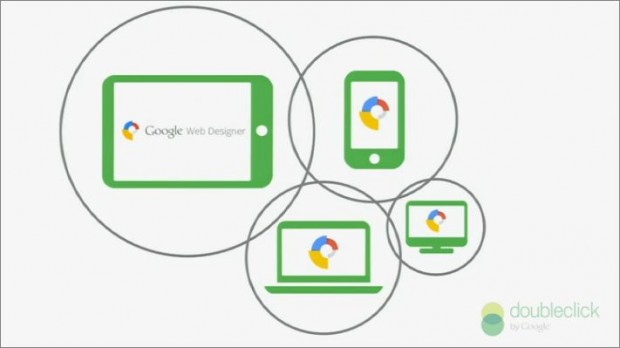 Google Web Designer is not exactly what the names implies — and that has created some confusion on the Web.  Several sites reported it was  a tool to design websites.

However, its main purpose appears not to be about creating websites. Google already offers Google Sites. Rather, Google Web Designer was pitched by Mohan as a tool to create rich media advertisements at last week’s Think DoubleClick industry event.

According to Mohan in a video address to the audience at the Think DoubleClick event, rich media ads are hot.  There has been a “50% increase in engagement rating for rich media ads over the course of the past several months,” he says.

However, Flash-based creative has some limitations.  It’s not viewable on many mobile devices such as tablets (including Google’s own Android platform), without users  going through complicated work-arounds or installing special plugins.   HTML5 is important to enable rich media such as video-based creative to be readily viewable on mobile devices.

Google Web Designer will allow agencies and advertisers to build advertising creative that can run across all modern devices and modern browsers in HTML5 format.  It will be available within DoubleClick and as a stand alone tool.

Google Web Designer Not the Only DoubleClick Improvement

This new product is one more step in the growing range of advertising-related product offerings Google is building out under the DoubleClick brand.  They were previewed last week at the Think DoubleClick event, after a brief review of the online advertising industry.

As Mohan points out, people have been predicting — wrongly — the demise of display advertising almost since the beginning. “We’ve seen how all that’s turned out,” he notes humorously, adding that display advertising is a $200 billion industry opportunity.

Mohan walked through the online-advertising history, starting with DoubleClick for Publishers, an application that started 15 years ago and three years after the first display ad debuted on the Web.  Google acquired DoubleClick in 2008.

Google AdSense, the Google ads that publishers place on their websites and the product many think of when they think about Google advertising, is 10 years old.

In other news last week, Mohan announced Campaign Manager, which is the renamed and upgraded advertiser tool platform.  Recognizing the importance of social, Google also has integrated Wildfire into DoubleClick, to get a better sense of how your social presence feeds into your advertising efforts. He says this is just the first step of the integration between Wildfire and DoubleClick — more to come.

Correction:  Google’s acquisition of DoubleClick was announced in 2007 but not completed until 2008 after regulatory approval was given.