The Identifiable Victim Effect and How It Affects Your Marketing 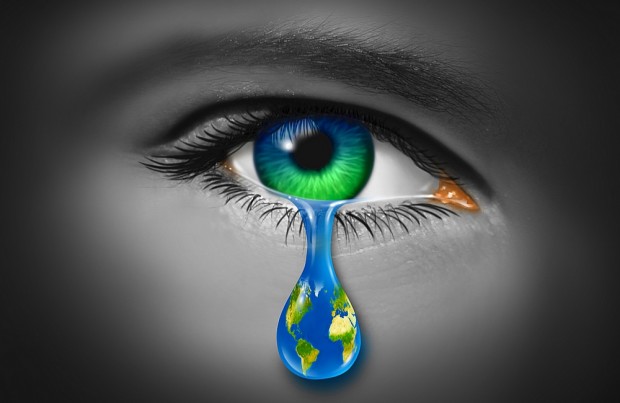 Ryan White was a haemophiliac who contracted HIV during a routine blood treatment. He was diagnosed as HIV positive in 1984 and died six years later in 1990. In that six years, he skyrocketed from a regular suburban boy to a national star.

Because when he tried to go back to middle school, teachers and parents of his schoolmates rallied against him – despite the fact that doctors said he posed no threat to other kids. The media picked up the story and an outpouring of support soon came from all over the country. He collaborated with celebrities like Michael Jackson and became the poster child of HIV. Shortly after his death, Congress passed the Ryan White Care Act, making what was done to him illegal.

This is the story of Ryan White. But there have been many similar stories over the years. Most recently, there was the case of Aaron Swartz, who committed suicide due to excessive pressure from his prosecutors. He inspired a bill called “Aaron’s Law”. There was also Phoebe Prince, whose suicide inspired “Phoebe’s Law.”

The question is “Why?”

Psychologists have a term for our tendency to offer greater aid to an identifiable individual, compared to say, a large group of people. It’s called the Identifiable Victim Effect.

Identifiable Victim Effect: Why You Can’t Help Ignoring Millions But Save One

To use the identifiable victim effect in marketing, we first need to understand the psychological underpinnings of this quirk. Here are a few possible explanations:

If you take action when you read about the plight of one person, you feel like you’re making a real difference. You feel like if you don’t help, he/she is certain to suffer. Statistics, on the other hand, are probabilistic in nature. If you donate to a cause to save two million, it may or may not help. This quirk is related to our risk aversion – we are more likely to avoid certain suffering than we are uncertain suffering, even if the latter is potentially more painful.

Humans are wired to gobble up stories and abstract statistics are not stories; they don’t captivate us. Stories about a fellow human being’s suffering, on the other hand, become the kind of thing we talked about back in the time we were living in caves. Stories were how we passed information around the tribe and ensured the species’ survival.

There’s an innate need for justice in all of us. Psychologists have proven this by conducting an experiment called the ultimatum game. What they found was that people often sabotage their own welfare to see people who they view as their opponents suffer. This is despite the fact that they’d be better off if they had just let go.

How The Identifiable Victim Effect Affects Your Marketing

It is why charitable organizations use individuals instead of statistics in their campaigns. Like this one: 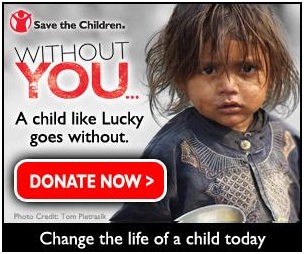 So what does this have to do with your marketing?

Well, here are a couple of ideas:

People Want to Connect With Other People

I recently talked to a colleague who was in the process of launching her first start-up which was an online French bakery. She had asked me to review her site, so I did. She obviously invested a lot of time and resources into it, but there’s just one thing missing from it – herself.

In her own words, she wanted to appear “big and professional.” So her About page talked about her company, not her. Big mistake. If her patisseries are really good, her fans will want to know her. They will gobble up her baking tips. They will follow her like nothing any other company can hope to pull off.

Unless you have a couple of million bucks to “build your brand,” this is the easiest way to go straight to people’s hearts.

Emotions Are Stronger Than Logic

This one is common industry knowledge: People act because of emotions, and then they use logic to rationalize their behavior.

Just look at all high-end consumer products. Nothing in that area is sold based on its utility. A $500 pair of jeans is no different to a $50 pair (some surveys have found people can’t even tell the difference). A brand-name school teaches the same curriculum other schools do (and there’s no evidence they teach it better). And a $5000 DSLR camera isn’t for everyone – most people who bought them don’t need 20 megapixels, let alone know how to use the features they paid a premium for.

This also applies to what you might think are “rational purchases.” For example, properties. You’d think with what would be their largest purchase, people would think logically, but that’s not true. They buy based on emotions (you hear people say they “fell in love” with the property they viewed).

Even B2B purchasers aren’t rational with their decisions. As a small business owner, I often pay a premium for a more reliable contractor, even if after taking into account delayed projects, his less reliable competitor is much cheaper.

People Care for More Than Themselves

You’ve often heard of our selfish nature. That we humans care only for ourselves. But we all know that’s bull at times. Just turn on the TV. There, you’ll see volunteers help others in need when a natural disaster strikes. You see environmentalists fight oil tycoons. You see activists fight for gay rights. The list goes on.

In fact, according to some estimates, we now volunteer at a rate never seen in history. As people become more educated (which we are), we tend to be more empathetic and therefore volunteer more.

How can you get your customers to care for your business? Well, check out Eco Store’s example. Eco Store is a relatively small company in the household product industry – an industry notoriously difficult to break into because its consumers tend to buy on habit. (When was the last time you thought about which detergent to buy?)

Yet Eco Store, which aligned itself with the environmental movement before it was cool, was able to change people’s habits and thrive. They didn’t compete on price, which is the prevalent in the industry. Instead, they started with the “why.”

The business started in the co-founders’ basement but Eco Store is now exported internationally.

People Want to Make a Difference

Most people care about the environment, but they never do anything significant to help save it. Why? Because people generally don’t feel like one single person can make a difference.

To bridge the gap between ‘reality’ and what we ‘feel’, certain organizations emphasize how the customer’s money can make a difference. Grill’D, a national burger joint in Australia, gave out a bottle cap to every customer who graced their business. What for? So they can place that cap into one of three jars placed at the entrance of the restaurant – each jar representing a certain local charity: 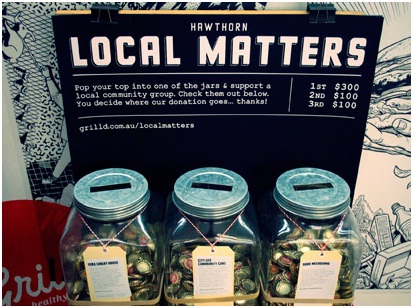 The jar that gets the most caps at the end of each month gets the largest donation from Grill’D. Now think about it. Those amounts are tiny to a business like Grill’D. Yet its marketing effect is undeniably effective – Grill’D burgers are twice as expensive as some of its competitors, but since its founding in 2004, Grill’D now has 51 stores around Australia and was pulling in $67 million in revenue, up 68% from the previous year.

How would you adapt this for your company?

It’s a human paradox that we want to belong to a large group, yet we also have the need to feel that personally we are “making a difference.”

The reason we help others in need isn’t because it’s fun to do. It’s because we align our identity with a certain cause. People feel what psychologists call a “cognitive dissonance” if they stand by and watch their beloved causes being trashed.

If you don’t think this works, just check out Dove’s “Real Beauty” campaign (which, by the way, featured a small group of women, not abstract statistics). The campaign didn’t “sell” Dove products, yet sales skyrocketed nonetheless. Dove doesn’t officially comment on this, but by some estimates, the campaign drove up sales by 6 to 20%, adding a whopping $500 million to their bottom line.

Their target market identified with the cause – and they bought Dove products because of it.

Andrianes Pinantoan is the inbound marketing manager behind Open Colleges and editor of the Open Colleges Blog. Before joining the Open Colleges team, he runs a small business conducting digital marketing campaigns for various startups. When not working, he can be found writing about his lifelong passion: psychology.
8 Reactions
Leave a Reply Cancel reply
Subscribe
Follow @smallbiztrends
RSS LinkedIn Pinterest iTunes