New Asus Android Tablet Will Retail for Under $150 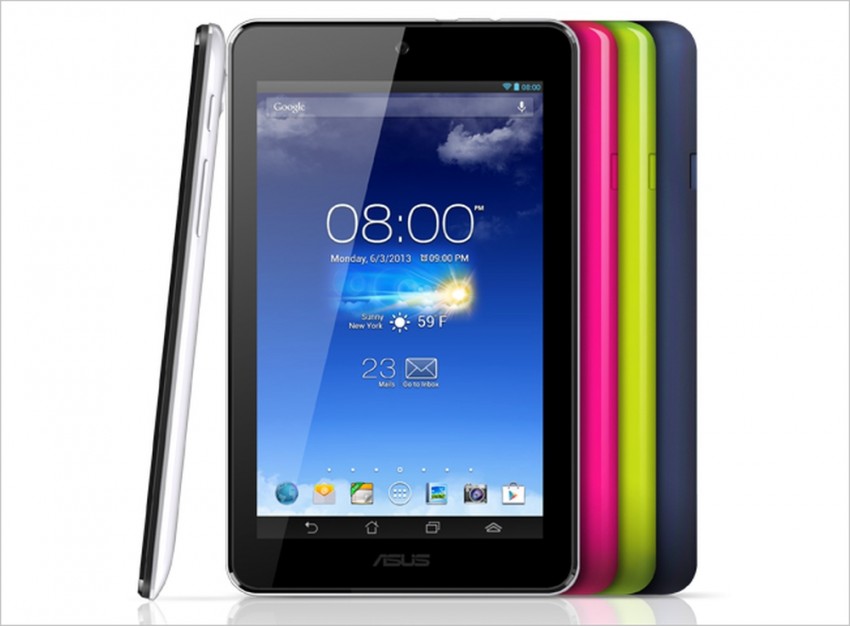 Asus is planning to introduce an economical 7-inch Android tablet that could rival the Google Nexus 7 tablet, and keep the company trending upward in the tablet market. The new Asus Android tablet — the Memo Pad HD7 — was announced at an event in Taiwan earlier this week.

Probably the most attention-grabbing feature of the Memo Pad HD7 is its price tag. An 8GB model will be sold for $129. A 16GB version will sell for $149.

In keeping with newer tablets, it will have two cameras.  InformationWeek reports the Memo Pad HD7 will have a 5 megapixel rear camera in addition to a 1.2 megapixel front-facing lens to complement its 1280 x 800 screen.

DigitalTrends reports the 8GB model will likely only be available in “emerging markets.”  But the more stocked model is still a bargain at its price. The Nexus 7 with 16GB sells for $50 higher than the expected price for the comparable-stocked Memo Pad HD7.

Tablet makers have been focusing on camera technology and early reviews tend to agree that the 5 MP add-on from Asus is better than the camera situation of the Nexus 7, one the best Android tablet deals last year. In addition to the other products Asus expects to launch in July with the Memo Pad HD7, the company is likely pitching for a bigger share of the tablet and other device markets, and doing so by keeping its prices competitive.

Asus made a big splash in the tablet market in 2012, and while it did not have the top-selling device like Google, its sales of these devices jumped more than 400 percent, according to AndroidCommunity.  Asus was the fourth-leading seller of tablets in 2012.

The 7-inch tablet size has proved popular for its obvious advantages.  It’s very mobile — light weight and small enough to slip into a coat pocket or ladies’ purse.  The price is nice, too, with some available under $200. Yet, the screen is easier to read and use as a touchpad keyboard, than a typical 4-inch smartphone.

Small tablets are not the best choices for doing heavy-duty work such as creating documents and manipulating spreadsheets.  But they are handy devices if your tablet budget is low and you just need something to keep your business flowing (i.e., deal with email, messaging and use some apps) while out of the office for a few hours or even a couple of days on a short business trip.

This video of the Memo HD7 shows how compact and portable it is: