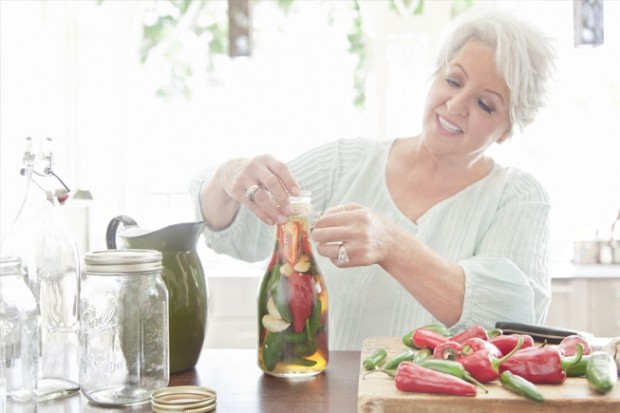 Celebrity cook Paula Deen has been embroiled in a nasty controversy for the past week.  Fans and critics alike have been battling it out on Twitter and Facebook.

The current brouhaha started when a videoed deposition was leaked in which Deen admitted to certain racist remarks.

Outraged critics took to Twitter to express their anger.  Using the hashtag #PaulasBestDishes, detractors started a meme making sarcastic comments about Deen and racism.  Paula’s Best Dishes is the name of her television show on the Food TV Network, so it also was sure to get the attention of the Food TV Network.

And gets its attention it did.  This past Friday, the Food TV Network said it would not renew Deen’s contract for her show.

Then fans of Paula Deen, angry at the Food TV Network for what they saw as overreacting without considering her apology, took to Facebook to fight back.

Dean admitted to using the “N” word at some point in the past, and to making statements about planning a plantation wedding in which the servers would all have been black.  It was done in sworn testimony in a deposition in a civil lawsuit against Deen and her brother. The plaintiff, who is white, sued for sexual harassment.

How much of her comments have been pulled out of context is hard to tell.  Most news reports seem to be light on facts.  Lots of allegations and innuendo are floating around social media, implying that there’s evidence that racist statements were more recent and the worst is yet to be revealed. However, they don’t include hard facts to back up their allegations.

One report by the Savannah Morning News / Savannah Now suggests the mainstream media has not done its job. The paper accused the mainstream media at the national level of cherry-picking statements in isolation, and parotting tabloids and social media, without getting the full facts or the surrounding context.

The Savannah Morning News took several days to gather and review multiple depositions.  The publication points to another deposition in the same lawsuit where the plaintiff admitted she never heard Deen make a racist statement or discriminate based on race.  Later, Susan Catron, Executive Editor of the Savannah Morning News, taking the media to task, wrote that fast news doesn’t necessarily make for factual news.

Deen apologized on YouTube videos. Some claimed the videos (three of them) were awkward and took her to task for not being articulate.  To others it just looked like she was shell-shocked and near tears, but attempting to be sincere.  Wrote the New York Times:

Some who thought Ms. Deen’s words were hurtful gave her a pass for her apparent inability to articulate her evolution on race and her awkward apologies, which she offered in a series of three videos on Friday.

“I was wrong, yes, I’ve worked hard, and I have made mistakes,” Ms. Deen said, “but that is no excuse and I offer my sincere apology to those that I have hurt, and I hope that you forgive me because this comes from the deepest part of my heart.”

Added one Deen supporter quoted in the New York Times story, “She’s a cook. She’s not a Harvard graduate.”

It’s not enough for Dean’s detractors, who are still expressing outrage on Twitter where the Paula Deen hashtag bashing is going strong.

And on Facebook?  Paula Deen fans have set up a  We Support Paula Deen Facebook page which currently has 250,000 followers.   Paula Deen fans also have taken over one thread in particular on the Food TV Network’s page — a recipe for zucchini casserole.  It features angry fans threatening to boycott the network, and critics of Deen, arguing back and forth. As of this writing there are 13,000 comments.

Lost in the controversy is the zucchini casserole.  Scott Travis writes on the thread, ” The poor zucchini. The most controversial recipe of all time.”

Seriously, though, it’s not just Deen going through a rough patch.  She runs what is essentially a family business.  Her family and her employees will no doubt have some rough times ahead.  Losing a big contract often means layoffs.  A number of lives could get caught in the crossfire of this food fight.

All of which raises one other question:  why was Deen not better prepared by her defense attorney for the deposition, and by her PR team for the news when it broke?  It all feels as if Deen was caught by surprise, and — at the very least — did a poor job managing her own communications.